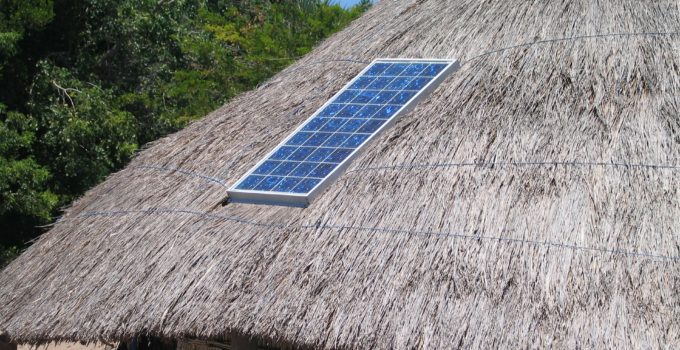 A solar panel is a device that is used to trap the rays of the sun to convert them into electricity or heat using the latest technology.

Scientists often refer to the process as photovoltaic:-whereby it’s the photons in the light that excite electrons, making them flow and generate power.

Thousands of people around the globe including homeowners and business owners have resolved to use solar panel systems, in order to benefit from this renewable and clean way of power generation.

There are more than enough reasons why one should decide to go solar today.

1. It’s Naturally Good For The Environment

Compared to other convention power, Solar systems do not emit any harmful emissions that cause damage to the environment, instead, it produces energy from a natural resource and that is the sun; in a clean and renewable process.

Amazingly, the energy consumed during the PV cell production is recovered soon after.

Fossil fuels in the U.S are used to generate 69% of the electricity consumed, and the emissions that result from the process of fuel combustion aren’t good.

2. It Constitutes A Solid Investment At Home

It’s surely fair to say that a majority of improvements that are made at home don’t add quite the actual value to your house compared to the money that has been invested in them.

On the other hand, solar energy saves you money from your energy bills that could have come each month.

Additionally, the investment that is made by using solar adds its exact property value, or even more to your home, in case you decide to sell at a later date.

A recent study conducted in California illustrated that buyers are even willing to pay an extra$16,000 or more for a home with a moderate-sized solar panel system across the board.

This will not only amount to more than the original investment made on this home, but it’s a pure return on investment, and this is in addition to the cash you have saved on energy while you fully owned and utilized the house.

In some challenging market scenarios, a solar panel can even be the difference in selling out your house or not.

This is an added bonus that makes potential buyers consider your solar-powered house over others as their permanent home.

Moreover, you will save more on taxes as solar panels do not increase property taxes in most places.

Property tax exemptions have been put in place in most states in the U.S.

This excludes the added value of solar panel systems from being considered when a property is being valued for taxation purposes.

3. Systems That Make Up The Solar Energy Are Durable

Solar panels are not easily damaged since they have no moving parts.

Therefore, the chances of encountering an interruption in service or blackouts are quite low.

Solar panels are tested exhaustively to ensure they can withstand strong winds and extreme conditions of weather such as heavy snowfall or hail.

All solar panels used by skilled installers are guaranteed to be just as strong or even stronger than the roof itself.

Should the unexpected occur and your solar panels become damaged, you don’t have to worry as most solar systems come with a 30-year warranty.

This is usually guaranteed by the original installer, who is responsible for serious damage coverage to the panels.

4. Solar Can Actually Be A Source of Income

In some places, the Renewable Portfolio Standard (RPS) makes it a requirement for electricity suppliers to harness a portion of their electricity from Reliable Solar generators.

Instead of investing in systems of their own, in applicable states this has resulted in a market of Solar Renewable Energy Certificates (SREC).

The SREC is created for every Megawatt-hour of solar electricity generated.

In case your solar energy system happens to consistently generate excess energy more than is being consumed, you can enjoy the opportunity of selling back that energy at a premium.

In most places, even those that do not yet want to participate in an SREC market, excess solar energy that has been created but not consumed can be pushed back onto the grid, to be sold back to the electricity provider.

In many countries, it’s a requirement for utility companies to purchase this excess generation even if it’s usually done at a reduced rate.

5. Installing Solar Will Assist You To Afford a Home Improvement Facility You’ve Been Longing to Get

Having a solar system at home gives an opportunity to concentrate on other home improvements with the addition of ‘free’ solar power in mind.

With renewable energy in mind, for instance, most people consider a hot tub or swimming pool installed at home.

Based on a report from the National Resource Defense Council, a majority of swimming pool owners averagely pay $600 more each year in energy bills.

When these two home improvements are combined, your solar system can be re-designed for extra energy coverage, while you use one investment to cater to the other.

Also, keep in mind that the money saved on electric bills can sufficiently add up to make any necessary home improvements you need.

There are just a few home improvement facilities that cost less than solar panel systems or are subject to being taxed by the government.

But none among them save on costs monthly, they instead cost more.

A renewable energy system is the only home improvement facility that can be worth your money.

6. Solar Energy Provides A Stable and Consistent Source of Energy

There is no guarantee or consistency in price while using electricity from utility providers, prices rise and fall seemingly without any effect or cause.

And with no option, consumers by no other choice end up paying whatever price is demanded.

Statistics show that utility bills for electricity from a number of users illustrate that there is no consistency in billing.

On the other hand, the cost for a Solar system remains the same at $0.

If you decide to lease or even finance your system, you will absolutely have a set, minimal consistent monthly payment that replaces your power usage bill.

If you buy your solar panels in full as a one-off bill, your cost of energy becomes $0.

7. Solar Helps One To Be Always Ahead Of The Curve

The signs visible everywhere. While still pushing against the agendas of dirty energy generators and fossil fuel companies, the future of energy still remains to be clean and renewable energy.

For the first time in 2021, renewable energies have made up most additions to the power grid this year. Solar, wind, and natural gas wind together make up 94% of the total 27 gigawatts (GW) of power generating capacity that is being added to the power grid.

The usage of solar power has steadily increased among developed countries including China, Germany, Japan and the U.S in cumulative solar capacity.

This is well represented in a graph showing how sustainable solar energy has become in these particular countries.

For instance, San Francisco is a city that is such a step toward sustainability, since it was unanimously voted on a city ordinance, which would require buildings to include solar panels when being constructed.

France led, and it was the first requirement in the United States of this kind.

To join the trailblazers and innovators around the world, you just need to convert to solar energy now and get a chance to be one step ahead.

8. Solar Energy Can be Used All Day

There are many myths that exist about solar power.

This involves perceived possible limitations on the potential of generating energy by solar panels.

As opposed to what many think, solar energy is not generated from sunlight, but daylight.

So even on rainy and cloudy days, your panels will definitely work to produce energy.

All the energy that accumulates in the morning and afternoon, plus the time when the sun is up, your solar panels produce more electricity than you can exhaust.

Additionally, all Solar energy providers will keep you well connected to the grid at all times.

As such, any excess energy generated is pushed into the grid, actually making your meter spin backward to credit your account.

You will then use the credited energy during the evening hours.

The excess energy doesn’t expire and is just similar to the rollover minutes as it happens with telephone companies.

9. It’s So Cool To Have Solar Energy

Realistically speaking, there is nothing cooler in this world than having the sun powering your home.

This is quite literally true, as one study conducted by UC San Diego Jacobs School of Engineering revealed that PV panels are like “roof shades” that keep buildings cool, and they in addition supply the buildings with clean power.

Sun rays are soaked up by Solar panels, hence directing away from the roof.

A roof without Solar panels on them allow sun ray’s heat to penetrate through into the building.

When the research team was calculating the amount of cash saved on cooling the building, it was found to be equal to a discount of 5% on the panels’ price in the lifetime of the entire system.

Considering the world’s first solar load in the Netherlands, the “cool factor” is real with solar energy.

It even performed better than it had been anticipated.

Within 6 months, it produced 3,000 kWh of energy, which was enough to power a small household for one year.

Since it was specifically built for bicycle traffic, it has now welcomed thousands of cyclists along this energy-efficient path.

The applications of solar energy are limitless! Solar can rescue in hard places to manage energy.

Some of the most common applications of solar energy include:

Your house being the biggest single consumer of energy you have, just start there and stand out in the coolest environment under the hot sun.

10. Solar Makes You to Have a One-Off Investment On The System

You will definitely spend money, whether you’re paying your utility provider or spending money on solar energy investment.

There is actually no difference between deciding to purchase a home or go solar.

To take control of your energy costs, just invest in yourself with a solar energy system not to continue paying for rented energy monthly to your utility provider.

Absolutely, this avoids you from owing providers of utility services frequent payments while remaining subject to their requirements and fees.

There are a number of reasons as to why many homeowners disregard traditional methods of energy production, cutting energy costs and improving environs being in the forefront.

A majority of people are aware that solar energy is good for upgrading home efficiency, and are also eager to reduce the carbon footprint while improving value for their property.

Every step one moves towards independence, from controlling your energy to owning a home, it offers the freedom for additional choices on how one lives and owns life.

Acquiring a system of solar energy for your house is a wise way of investing in yourself as well as your family.

It creates a big statement on how you choose to consume and spend your resources.
If you just think about this…it could actually be you!

Whether you’re motivated to go solar for environmental, economic, or personal reasons, this comprehensive list of solar energy benefits among others will have something for all. 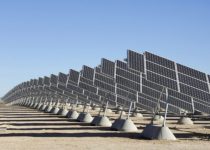 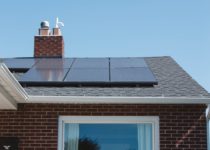 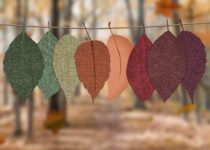