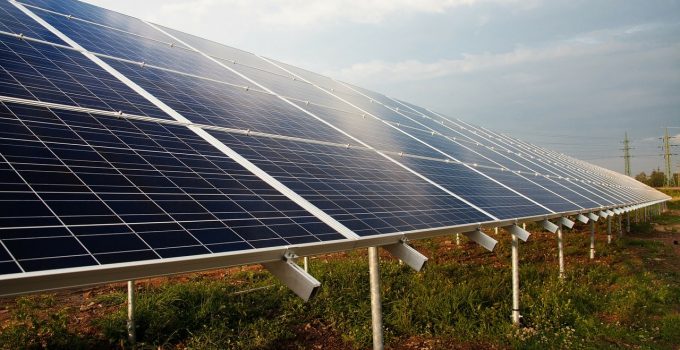 With breakneck dwindling of fossil fuels due to the upswing of humanity, it is crucial to find an alternative source of energy before we run out of everything.

To deal with this outbreak, scientists choose the sun for lightening the path.

They decided to use Solar power-a paramount in Earth’s very existence.

Unlike fossil fuels, it is free and renewable energy so we have to maximise its role in every possible field, in other words, we have to know the use of solar power for day-to-day living.

Let’s discuss the most common uses of solar power:-

Keep your eyes on the trash bins while walking in the streets to find BigBelly’s trash bin as it may provide you free Wi-fi!

Want to know more about this magical trash bin?

It is a solar powered small waste unit containing sensor and compressor.

Whenever someone throws a wastage in the bin, its sensor detects the trash and compresses it and makes extra space for more waste.

It also sends the crew an email informing them how much the bin is filled and when it needs to be empty.

According to recent statistics, BigBelly’s solar-powered trash bin reduces the number of trash collection by 80% and collection cost by 75%.

It also reduces the emission of greenhouse gases(Co2) and saves massive fuels.

This kind of solar power usability inflates our technical areas.

According to NREL,40% of U.S. electricity is supplied by solar power.

Not the only the U.S., recently the usage of solar power enhancement is in every country, and the maximum uses can be seen in Transportation.

From bus to boat, car to train; every transportation is done by solar-powered due to its minimisation of costs.

Solar buses are gaining a lot of popularity due to their easy manufacturing with least expense Indian railway launched first solar DEMU(Diesel-electric multiple units) trains in the middle of July 2017 using 16 solar panels each producing 300 WP, fitted in 6 coaches.

These trains helped to save a lot of manufacturing costs which turned the tables for good in Indian Economy.

Tûranor PlanetSolar,31 meters long and 15 meters wide with three hulls, is the world’s largest solar-powered boat launched by PlanetSolar on 31st March 2010. It contains 8.5 tons of lithium-ion batteries, and it can gain speed up to 19Kmph.

Since 2015, this giant boat is helping to make the Atlantic  Ocean free from plastics. In 2016, after 14 months of travel, an aircraft landed in Abu Dhabi, covering 25,000 miles around the world.

The aircraft which stayed 550 hours in the air to fly over four countries and two oceans is Solar Impulse 2, first aircraft to carry 17,000 solar cells on its wings. Swiss Federal Institute Of Technology Lausanne manufactures this.

Despite this public noted transportation, there are many other types of transport which use solar power; solar motorcycle, solar bicycle, solar canoe, solar moped, solar tricycle, and cosmic skateboard, etc.

Within 2050 90% of transportation will exceedingly depend on solar power.

Do you know half of your recent technical gadgets has something to do with solar power?

Try to connect your tablet with a solar powered charger, and you’ll understand what I just said.

As we’re soon going to bid goodbye to fossil fuels, solar energy enjoins to every single part of our day-to-day life.

In this modern era, technology has become an indispensable part of us, so solar energy starts from here.

The solar-powered charger is the most popular one.

If you haven’t bought one check out our 13 Best Solar Panel Chargers & Their Reviews (Updated 2022), it’ll help you to find your soon to be the favourite one.

To cope up with this change companies are changing their marketing strategies but the question is can they be depended entirely on this one source.

In 2017, The Guardian ensured that solar power growth swelled by 50% in a pandemic way.

The reason behind this growth was extensive use in household appliances.

Solar cookers are the most common solar-powered home appliance because it’s inexpensive. It is a device which uses direct sunlight for heating the food.

Nowadays 40% of people use the solar cooker for outdoor cooking.

When solar cookers are used outside, they are saving fuel costs for cooling.

The best part of it, as it uses direct sunlight for cooking despite using any fossil fuel; there is no greenhouse emission before or after the use which keeps your house free from toxic gases.

Another great solar-powered home appliance is a table lamp.

We all have table lamps in our study rooms.

These lamps work as an inverter using electric batteries which are charged by Photovoltaic Panels.

It is portable, contains a charge controller and doesn’t require any electric cable.

Before the invention of Solar-powered table lamps, people had to deal with lung disease, eye deterioration, and burns.

With the help of these table lamps, now people are saved from such diseases.

Summer is the most awaited season for children because it’s the only time they can have a lot of fun in swimming pools.

But as the pools are opened after a long time, it remains too cold to use.

To solve this problem, solar-powered panels came into light.

There are two ways to break this icy cold water – the first one to use your roof-top solar panels.

You are connecting your roof-top solar panels with a pump and filter. In this way, not only the water gets warmer, but also it gets purified.

The second one is installing a solar panel beside the pool.

In this way a solar blanket will be covering the entire water and consuming the solar panel heat it will warm the water.

In 2014, solar heating in a swimming pool was successfully done after a work of 40 years.

Within two years a statistics showed that solar power generation achieved a 33% increment.

No wonder the swimming pool heating system took a helpful role in this increment.

Did you know that using solar power in a satellite represents the environmentally clean base and it can face sun 99% time more than other moon?

In space catching solar power is way easier than finding it in the earth’s surface, to know more about solar power facts check our 10 Most Interesting Facts About Solar Power That Might Shock You article.

First, the collector collects solar energy, and the converter first converts it to DC electricity than to Microwave.

These microwaves mediate powers, orbital location through an antenna.

The solar-powered satellite has many more advantages such as it can work on a huge scale, it can be earth’s shadow for 72 minutes every night, and it can restrain global warming effects.

For ordinary people using renewable energy is a modern innovation, but solar energy started to spread its roots from the 1970s.

At the end of this year the solar-powered calculator was introduced Royal Solar, Sharp EL-8026, and Teal Photon.

It is made of a photovoltaic solar cell which is enriched with amorphous silicon. As a pocket calculator, it had a high demand in the market.

The modern calculator which is used by most of the people around the world is the latest version of Anylite Technology’s creation.

It is the best way to save extra expenses as it costs less charge with no complication in installation.

It is wireless, stores sunlight entire daytime for supplying electricity at night.

These exterior lights save electricity by protecting itself from overcharging, also defend itself from the shot circuit.

As an efficient solar exterior light, it is becoming more popular day by day. Moreover, with its sleek beauty, it improves the outdoor decoration.

Due to its cheap cost, it can be seen as a street light. It has a self-cooling system which differs it from standard outdoor lights.

According to solar powered usage research, it is found that in the past three years, solar exterior light replaced almost half of the standard light all over the world.

A pump has always been expensive whether it is used in fields or houses.

Moreover, it consumes a lot of electricity, which can be a hectic thing when you pay monthly electric bills.

So the idea to replace these old functioned pumps came into the picture, and solar pumps did the replacement perfectly.

Solar-powered pumps are a lot more efficient and cheaper than conventional shoes.

It is effortless to install, contains long cable, durable and easy to clean.

The flow is gigantic, and it has various sizes. It also adds a greenery scenario in your house.

For field work, it reduces the farmer’s workload and saves a lot of purchasing as well as maintenance costs.

In gardens, it looks wonderful which adds up an extra elegance.

It stores solar energy in batteries, which helps it in circulation for cloudy days and nights.

According to data of 2018, a new solar project starts in every 100 seconds.

The idea of going solar rather than burning fossil fuels gave us the best thing we could ever ask for.

Whenever the topic of solar energy usage comes, roof-top solar panels pop up in our head.

Being the most common as well as the most used solar energy product, roof-top panels are developing every day.

The reasons behind solar panels being so useful are it saves tens of thousands of dollars of homeowners every year providing electricity with the least costs, and it is super durable which comes with 20-25 years of warranty.

It is made of multi-junction solar cells, which are more than 40% efficient.

It stores energy all day long so that it can be used at night.

Moreover, one can buy it or can take it on lease.

It has two types of applications; it can be used to generate heat or electricity.

It can be used for indoor solar cooking. But there are some disadvantages too; it captures a lot of space for installation, sometimes the entire roof; insulation and transportation come with air pollution due to the emission of greenhouse gases.

Every product comes with drawbacks, but it doesn’t stop anyone from using it.

SEIA is ambitious about the comprising of 20% of  U.S. electricity generation by 2030 as they have conquered 50% average annual growth from 2009 to 2021. These statistics would have been wrong if solar-powered products were terrible for humanity.

So, we have to use it carefully and make the most use of solar power.

Going for solar is a wise idea as the primary energy source is renewable and free.

2% of every day’s sunlight, which falls on the earth’s surface is more than enough to supply electricity for every single person all over the world – why not use it? 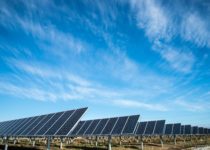 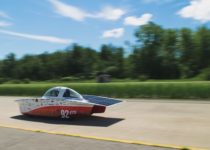 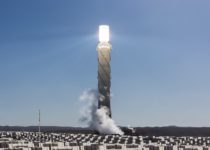