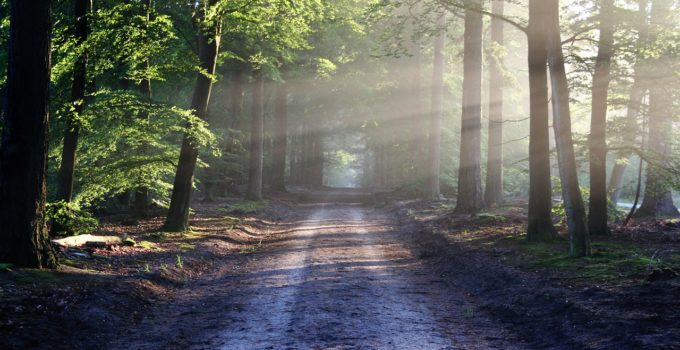 Wondering why solar power is good for the environment?

How to supply humanity with electricity without harming the environment is a central question that faces modern society.

Every year, we observe how the climate on our planet changes: the glaciers of the Antarctic are melting, the number of floods, hurricanes, and tsunamis are increasing.

All this adversely affects the state of the environment.

The process of climate change is almost irreversible, but it can be slowed down.

Renewable energy, primarily solar, will help us in this.

The progress of technology has given us a unique opportunity to use Sun with the help of an installed system or portable batteries for individual purposes.

In this article, we’ll tell you why using sunlight to generate electricity can be a great benefit to the environment.

Also, we’ll look at the pros of solar energy, and briefly describe what the solar panels are and where they’re used.

How Did the Idea of Solar Energy Come About?

The first photocell, like those now used in solar batteries, was invented more than 130 years ago.

In 1883, the American inventor Charles Fritz decided to cover the semiconductor material selenium, that was sensitive to the light, with a thin layer of gold.

The result is a photocell, that could convert sunlight into electrical energy.

It was the beginning of the use of the sunlight energy along with other types of renewable energy.

In the last century, fossil fuel-fired power plants were most prevalent because the cost of the energy they produced was meager.

However, the situation changed when the technology of the production of solar cells was improved.

Since 1954, solar cells began to be produced not from selenium, but silicon.

This increased the efficiency of the photo panels by a factor of 4  – up to 4% (modern panels have an efficiency of more than 15%).

The first who appreciated these advantages were the aerospace departments, which also demonstrated the potential of solar energy.

Indeed, it is the most natural and efficient way to generate electricity in space, the undisputed leader in all respects.

Thus, it became evident that we can do without the use of fossil fuels.

What is solar power?

Solar energy is based on the receipt of electrical or thermal energy using solar radiation.

Today, solar energy provides most of the electricity supplied to space satellites and stations.

Recently, the construction of buildings with solar power plants has been developing.

In this regard, there are active and passive systems.

The active system is represented by unique technological structures that are located within the building and ensure the conversion of solar energy into electricity and heat.

The passive system includes the thermo-physical properties of the building itself, allowing it to accumulate and retain heat.

Depending on the type of reproduction, solar energy can be physical and biological.

The main field of application of solar batteries is spacecraft.

These elements are often confused with solar collectors, which are used for heating systems and hot water.

Mirror systems are used in solar power plants for heating oil in pipes.

In biological solar energy, plants and organic household waste are used. In the process of photosynthesis, the plants accumulate solar energy, which is used in solar power.

This is usually expressed in the burning of wood.

For Americans, the use of maize waste is typical, and in Brazil, ethyl alcohol, obtained from the processing of sugarcane waste, has found use.

In general, solar power is expressed by the physical reproduction of energy.

The Virtues of Solar Power

A significant advantage of solar power is accessibility and inexhaustibility.

The energy of the sun is available to everyone and is absolutely free.

To obtain it, you only need to install the necessary equipment, and this can be done everywhere.

The equipment doesn’t take up much space and doesn’t bother anyone; for example, solar collectors are placed on the roofs of buildings.

Equipment used in solar power doesn’t need special maintenance and pays off in a short time.

In terms of environmental friendliness, solar power is ideal.

The process of obtaining energy is silent, has no side effects, leaves no toxic waste.

According to calculations, the development of solar energy can increase global energy production by 10 times.

In the future, the construction of space stations will convert solar energy into electricity.

Since solar energy is many times easier to grasp in space, energy production will be continuous.

The main disadvantage of solar energy is inconstancy.

The energy of the sun can’t be obtained at night, and in cloudy weather, performance is significantly reduced.

This problem is solved by installing additional energy sources.

For example, in Germany, the development of the solar power industry made it possible to plan the closure of all nuclear power plants by 2021.

In addition to Germany, solar power engineering is most developed in China, the USA, Japan, Italy, and France.

Solar energy is developing rapidly, and its areas of application are expanding regularly.

Solar Power Plants Have A Positive Effect on the Environment Due to the Following Facts:

If we replace nuclear power plants with solar ones, then the positive impact on the environment will be incredibly high, because emissions to the atmosphere will cease.

Why solar energy is better than energy produced from fossil fuels

We have already mentioned about global climate change, which is observed now.

This is primarily due to the increase in carbon dioxide emissions from the operation of power plants on fossil fuels, industrial enterprises, due to the use of certain types of transport.

Our contribution to climate change is known as a carbon footprint.

It is about the number of greenhouse gases that are produced as a result of human activity.

This value is measured in thousands of tons of carbon dioxide.

The solar station with a capacity of 2 MW can reduce carbon dioxide emissions into the atmosphere by 2.7 thousand tons annually.

These figures increase many times when it comes to large industrial solar power plants.

Using solar energy, we can slow down climate change and save our planet.

In the regional context, Asia is expected to lead, where 61% of new capacities operating based on renewable energy were installed.

IRENA compares the historical dynamics of the volumes of new construction of generation facilities operating based on renewable energy sources and all the rest.

As can be seen in the top chart, since 2015, more renewable generation is being built annually in the world than another, that is, working based on fossil fuels, including nuclear power.

Now renewable energy represents about a third of all generating capacity on the planet.

Half of the renewable energy facilities account for hydropower (1,172 GW), the installed capacity of wind power is 564 GW, and solar power is 480 GW. At the same time, the “new RES” (sun and wind) are by far the fastest-growing sectors.

The Norwegian company DNV GL, the most significant international certification, and classification center in the energy sector, also known in the field of energy consulting, has published an article titled Utility-scale solar PV: From big to biggest.

The German Union of the Solar Industry has calculated that 500 GW of solar power plants has already been installed in the world, and also gave a forecast for the growth of the industry by 100 GW per year.

According to the German Union of the Solar Industry (BSW-Solar), the installed capacity of photovoltaic solar power plants on Earth has reached 500 GW.

For example, the installed capacity of nuclear power plants worldwide is 392 GW.

Previously, the PV Market Alliance organization estimated that the installed capacity of solar energy in the world reached “almost” 500 GW.

BSW-Solar believes that about 100 GW of solar generation facilities were put into operation in the past year.

“Starting as space technology, photovoltaics has become extremely cheap over several decades and is already the cheapest form of electricity production in many regions and market segments,” said the head of the Union.

Today are installed about 46 GW of solar power plants in Germany.

Germany has been the absolute leader in the industry for a long time, today it ranks the only fourth place in the world.

Recall that just two years ago, the industry reached 300 GW.

All experts agree that in the next few years the industry will grow at a rate of 100+ GW per year, faster than any other generation technology.

The ability to use solar energy gave us such science as solar power.

It researches and develops devices that convert solar radiation into electrical and thermal energy.

These devices include a solar panel.

It is a flat construction of photovoltaic cells which are semiconductors, with a protective coating.

They provide the process of converting solar energy into electrical energy.

Due to the variety of sizes, they are used in various areas of life.

The use of solar panels has the following advantages:

Each of these advantages we’ll describe in more detail.

Availability of an Energy Source

The sun illuminates almost every part of the Earth’s surface.

Therefore, people can take advantage of the use of solar energy.

It should be also noted that the potential of this type of energy within the framework of the global scale is many times greater than the need for it.

Unlike minerals, the energy of the Sun is inexhaustible and comprehensive.

Of course, like everything on our planet has its end, so the Sun can dry out.

But when this happens – no one knows for sure.

In addition, neither the solar panel nor the source itself requires any maintenance costs.

This fact makes you completely independent of the prices and transportation of electricity.

As we have already mentioned, the Sun is a source of free energy.

Some costs will be required only to install a system that will provide you with electricity.

But in this case, they can be attributed to long-term investments.

Global warming is a serious problem.

The use of solar cells helps to reduce the consumption of natural resources and their production and operation principle are not accompanied by the emission of harmful substances into the atmosphere.

Therefore, they are absolutely eco-friendly.

If you install a system that converts solar energy into electricity, you can be confident in its safety for the environment and your loved ones.

The generation of electricity is completely silent due to the absence of moving parts in the design of solar panels.

By installing the system on the roof of your house, you’ve got no reason to worry about the constant hum, which, for example, emit electric poles.

The service life of such a power supply system is about 25 years.

Over time, the efficiency of the panels begins to decline.

In view of the simplicity of the design, it can always be replaced with a new one.

In addition, to satisfy the individual needs of consumers of electricity, solar energy is used in various areas of life:

These are just a few examples.

In addition, solar panels are widely used to provide electricity to buildings, as well as entire settlements.

Now you know more about solar energy and we hope you enjoyed the article.

If you have any other reasons as to why solar power is good for the environment, feel free to let us know in the comments below. 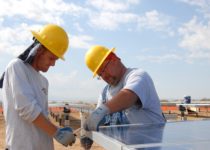 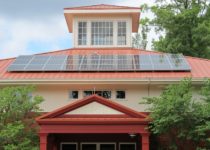 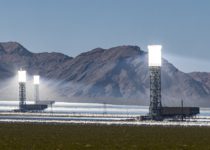