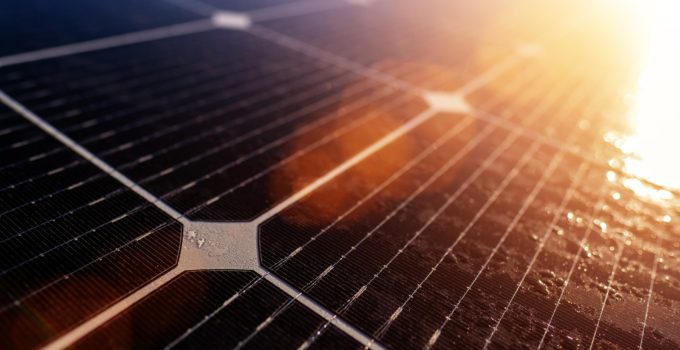 Solar power is taking over and we are developing solar farms that should provide stable and reliable electricity; so what are the benefits of an on-grid solar system?

Is an off-grid solar system a better option?

Energy, as known, is transferable from one form into another.

Since the dawn of humanity, we have used different power sources: from using fire for heating and lighting to depending on clean resources such as the sun, wind, running water, and wood.

However, in time, we have started exploiting and burning fossil fuels.

The burning of fossil fuels has created greenhouse gasses that have contributed to pollution and climate change.

Now, with the inevitable depletion of fossil fuels, we are returning to renewable energy sources and making use of the advancing technology to harvest the power of water, wind, and the sun.

What Are Solar Systems?

These are very large areas of land with interconnected panels that can produce large amounts of electrical energy.

In other words, solar systems are large-scale energy generators that feed electric current directly into the grid.

Solar power systems can be divided into 3 types:

All of these solar systems share some common components such as solar panels and solar inverters.

What Is On-Grid Solar System?

Unlike an off-grid solar system, the on-grid system is the most prevalent in commercial and industrial fields and houses, as it doesn’t require batteries.

But before talking about the advantages of using the on-grid solar system, it’s worth mentioning that this technology is increasing and being more popularized.

So, knowing what an on-grid solar system means, as well as how it operates, is highly important for those who are interested in its definition.

The on-grid solar system is mostly identified as a photoelectric system generating electric power for those who want to reduce their electricity bill expenses and have an alternative form of power generation, a clean and renewable energy source.

What Are the Benefits of On-Grid Solar System?

The on-grid solar system is actually a grid-tied solar system; it is connected with the main power supply that provides a consistent source of energy.

This article will explain the benefits of on-grid solar systems that everyone can have after installing solar panels at their home, small or large scale businesses, and connecting the solar system to the grid.

So, what are the benefits of a grid-tied solar system?

It includes a few types of equipment and does not need batteries.

Also, as a cheaper form of the solar system, you do not only gain power still more money because applying this system can provide help in reducing one’s bill expenses through investing in the on-grid solar plat.

In other words, the less the user consumes, the more he saves energy to the main entity, and then the more money he gains from his state government.

It’s highly recommended as you can pay 2-3 times the price of the on-grid solar system for one off-grid system.

Contrary to some forms of solar systems, the grid-tied system does not cost much.

In daily life, you always need more power, so imagine that you face a power shutdown.

What is the solution?

If you install this system, it will previously collect some solar radiation and save it in the main entity, the grid, and during these cases, it will provide you with the power you need.

It will also keep on producing power and any person can use it whenever he needs it, so you will get benefits in all cases because if you once consume a little, it will be given to you later in a form of money by the government.

Net metering indicates a billing process that provides more power for the users who consume more than the home needs and it works as follows.

When you consume too much, the meter spins backward instead of forward, therefore you get a credit to balance your future payments, and here the power grid plays an important role in storing all unused energy for later needs.

4. Clean and Renewable With a Long Lifespan

Most energy sources are noxious, harmonious, and pollution-emitters, as they include serious gases, while the grid-tie solar system uses a clean and renewable power source to generate carbon-free power, therefore, this affects positively not only humans but also the environment.

As there is no use of batteries, this helps decrease the degree of contamination of the environment surrounding that becomes healthy and safe to live in without worries.

The on-grid solar system is usually preferred by a large number of consumers due to different reasons; the first and most obvious one is that it can be used for a long time without side effects or damage.

Therefore, we can say that its lifespan is the longest compared with other types of solar systems.

So why the need for other ways of energy generation engines with the presence of such systems?

5. It Has More Than One Use

It’s worth mentioning that the use of photovoltaic cell components is not only generating energy but also has a vital role in raising the selling point through adding a modern and technological-related appearance as well as reducing construction costs.

All of this helps attract people to buy a house with the grid-tie solar system.

In addition, grid-tie solar system flexibility, its easy access to and exit from the power system as well as the distribution over construction do not only help enhance the energy system but also stay still in times of disasters and wars to reduce losses and overloads.

6. Suitable For Both Homes and Businesses

Some advantages here are not limited to houses, yet they cover all business and commercial forms requiring generating more power on sunny days to use at night.

However, businesses and industrial companies can recoup their investment costs by offsetting their electricity within only 3 to 8 years and can depreciate their project value in about 4 years.

Alongside the above-mentioned advantages, an entity using an on-grid solar system also enjoys many incentives provided by the government, for example, Maharashtra Electricity Regulatory Commission (MERC) has allowed one million watt size installation.

While in Kerala and Rajasthan; net metering is not prescribed for industrial or commercial establishments.

So, to be able to claim such benefits, you have to get on-grid-connection, a battery-less system in addition to being a domestic consumer.

If you ever decided to cut your bill expenses as well as carbon footprint in a short time, you do not need much help.

It’s really simple and only you and your friend, for instance, can install it even on the weekend.

Just prepare all the equipment and start installing on the rooftop of the house, and pay attention that 100 square feet are minimally required for every kilowatt of installation.

If you once decide to install a grid-tie system, you have to follow the next steps:

Alongside the invoice generated every month, the consumer has only to pay for the surplus electricity that he consumes.

Thus, the system helps consumers avail price benefits besides getting more rewards whether they were money or energy saved in the grid.

This energy enables the consumer to take advantage of the compensation provided by the government when the consumer uses a little energy and saves more.

Grid-tie solar system is highly effective in the field of water heating by using the system of water heat (SWH).

Meanwhile, there are two ways for accomplishing this: dual closed system as well as circle pump system.

We can say that the existence of the on-grid or grid-tie solar system helps you enjoy the warm water on rainy days.

Also, by using this system you save more coal because one kilowatt of the on-grid solar system helps to prevent the burning of 77 kilos of coal and save 100 gallons of water.

That is because most of the solar systems produce at least 1 kilowatt per day, so why the need for coal while there is a less costly power source?

This power source charges a little as well as provides an intact environment free from all problems and concerns.

The working process of the on-grid system is extremely simple as it works while the sun shines on the panel of the system that produces direct current.

This current is later turned into alternating current thus making it perfect for home or company uses.

Here there are two cases; if your electric system produces more than what you need, then the power is sent to the utility.

While if you, one day, consumed more power than generated, the inverter on an automatic basis pulls the power previously sent to the entity; the grid.

Moreover, the on-grid system can be used at homes while off-grid is used in rural and remote areas and is not affected by the grid failure or shutdown.

Yet, the highly important parts include the meter which calculates how much power you are either exporting or importing.

The meter includes excess solar energy that runs through it.

It’s very important if not inevitable that your system meter is compatible with the net metering, and to do this you have to consult your company to see what is available.

In addition, there is another important part which is the grid-tie inverter also known as a synchronous inverter.

The inverter leads the regulation of the voltage and current that are received from the panels and performs the process of converting from DC into AC.

In this developing world, most countries tend to establish on-grid solar systems as a sign of their development and environmental protection.

India, for example, facilitates the purchasing of these systems by providing a suitable price; INR 80000 per 1-kilowatt solar system, while if you prefer 10 kilowatts, it costs you about INR 500000.

The on-grid solar system is a source of renewable energy that has enormous benefits and features including high performance, great reliability, convenient costs for both people and companies as well as a long lifespan and high-quality components.

As long as it’s the most used clean energy, the on-grid solar system occupies the tenth position among developing industries in the United States.

After all, it’s highly recommended to install this system in your house so that you can save money, reduce expenses and protect the environment from pollution. 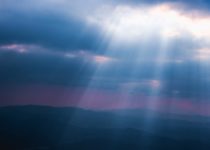 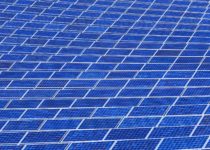