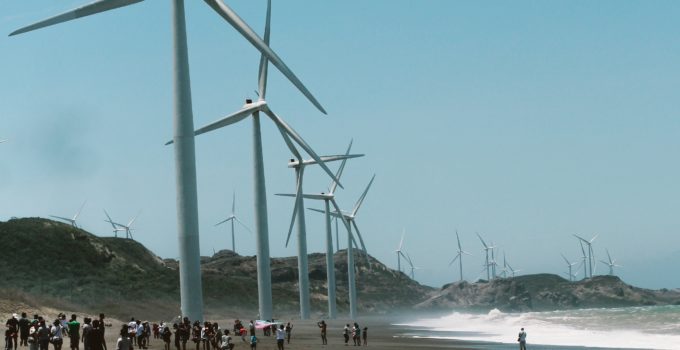 Renewable energy is one of the biggest and most significant innovations of the century and the benefits of renewable energy resources are many, especially when compared to the harmful effects of burning fossil fuels.

The creation of an alternate source of energy other than regular fossil fuels marked the dawn of a new age of environmentally friendly technology.

Renewable energy sources gave us a way to drastically reduce our carbon footprints and still be able to power everything that we need to.

As the planet warms up due to greenhouse gas emissions, and the depletion of fossil fuels is certain, more and more resources are focused on the production of renewable energy technologies for global sustenance and electricity generation.

Despite the race to expand renewable sources to accommodate the ever-growing consumption of energy in the world, some people still find it challenging to identify the benefits of renewables.

Nonetheless, renewable energy offers a host of benefits to society and clean electricity generation that we will discuss in this article.

One of the significant contributors of renewable energy electricity generation to society is the creation of new jobs.

Every year more jobs are being created to contribute to the renewable energy sector.

In 2017 over five hundred thousand jobs were created by the industry.

The creation of these jobs is an obvious benefit of the industry.

As time goes on, the world focuses on making a deliberate effort to reduce its carbon imprint on the atmosphere.

There will be considerable growth in the renewable energy sector, creating more jobs worldwide.

The jobs created by renewable energy are extremely versatile.

They range from marketing to manufacturing, installation, and sales.

These jobs make the renewable energy sector considerably inclusive. In 2016 the United States had over 500 companies manufacturing parts for various solar and wind-based plants.

In addition to this, the renewable energy sector also creates a market for manufacturers on the supply chain.

The industry produces a ripple effect, which in turn creates jobs in other areas.

A good number of skills are required to move the international society from fossil fuel energy to renewable energy, and there is a lot for everyone to do.

Another benefit of renewable energy is its obvious benefit to the economy.

In Saudi Arabia, almost a third of the fossil fuel produced is used to power the houses and businesses within the country.

After calculating the cost of production and refining to generate electricity.

The concept of a less expensive, more effective method of power generation is a handsome offer.

Renewable energy sources, in general, do not require a lot of maintenance, and any excess energy produced can be stored safely for later use.

The ability to save energy cuts the cost of generating power to the barest minimum.

In addition to this, in the United States, almost 13 billion dollars worth of investments were channeled into the renewable energy sector.

A UCS analysis found that if the 25 by 2025 policy takes effect, it would stimulate over $263.4 billion in capital investments and create substantial revenue for landowners as well.

The renewable energy sector will also create ripple effects that will ultimately produce taxable income for the government and local communities.

The Economic gains of renewable energy at this point can only be projected, and there is no one to say what the sector will produce in the next decade.

Renewable energy is affordable energy, and this is one of its most significant advantages.

Since the cost of production of electricity is considerably affordable and since the fuels that clean energy technology makes use of are free, the value of the electricity produced is stable.

Unlike fossil fuels, the production of clean energy is not subject to any fluctuations in price.

The cost of electricity produced in clean energy plants has continued to decline and will continue to do so as new technology is created.

A perfect example of this is the cost of wind production, which dropped 66 percent from 2009 to 2016.

Over time these same cuts on prices will be experienced by similar clean energy sources.

4. Renewable Energy is a Healthy Option

Apart from the economics, among the benefits of renewable energy is that it’s healthy for everyone and the planet.

Without the emissions from coal and natural gas plants, the air everywhere is generally much more robust to breathe in.

Adopting renewable energy means that we can reduce the risk of illnesses like cancer, respiratory infections, heart attacks, and other medical issues that stem directly or indirectly from the pollution that regular fossil fuels cause.

A Harvard University study reveals that the public health effects of coal alone amounted to over 74.6 billion every year.

Renewable energy sources can reduce the dependency of significant production plants on coal and gas, which are major pollutants of the air and water.

Waste materials from the origins of energy also constitute a considerable nuisance to the ecosystem.

Up until now, all of these adverse effects were considered to be unavoidable hazards.

However, this is no longer the case.

Solar, wind energy and alternative renewable sources have mostly no waste products making them both health-friendly and safe.

5. Renewable Energy Will Help Save The Planet

If nothing else, renewable energy is the ultimate solution for the climate in light of the global warming challenge.

The production and various emissions from humans overload the environment with carbon dioxide, which in turn traps heat and causes global warming.

As a result of these climate changes, we’ve witnessed a significant increase in storms and torrential rainfall, and of course, a lot of heat.

The good thing is that with a conscious and deliberate effort from humanity, nature can fix itself.

There is most definitely no better way to achieve this than through the adoption of renewable energy sources.

By reducing the emission of these gases by using renewable energy, the climate can eventually be preserved.

In 2009 a UCS analysis discovered that if a 25 by 2025 renewable energy standard were adopted, CO2 emission would be lowered by 277 metric tons annually as far as plans for sustainable development of humanity go, renewable energy claims as much importance as world peace.

Renewable energy presents a means by which the world can avoid burning natural gas for electricity.

Renewable energy is extremely reliable, and its low cost of maintenance makes it considerably easy to deal with whatever damage may occur.

Unlike hydroelectric power plants or coal plants, renewable energy systems do not depend on other parts of a grid to produce energy.

This is especially useful in situations where natural disasters have occurred.

The ability to swiftly repair any damages at minimal cost makes the renewable energy sector extraordinarily flexible and able to accommodate any emergencies which may arise.

A typical example of the reliability of renewable energy providers was Hurricane Sandy, which damaged fossil fuel power plants while, in contrast, the renewable energy projects in the same area were only affected minimally and continued to generate power.

Renewable energy is also very reliable because it does not depend on any element which is not abundant to produce electricity.

Renewable energy plants, however, do not require water in large quantities for cooling, which is another great reason to opt for solar panels.

This is, in addition to the storage capacity of several renewable energy plants, makes the plants a better option in most regards.

The dependence on sunny skies, moving water, wind, and plant matter, which are things that the world never lacks, makes renewal energy boundless.

Although currently, renewable energy sources do not constitute a significant part of the energy sector, with the effects of global warming on the planet, it will most definitely become essential to have an energy source that does not require considerable damage to the atmosphere.

Fossil fuels will most definitely run out eventually, and as they do, they’ll become more and more expensive.

Without the option of renewable energy, the cost of electricity may become extremely steep.

One of the disadvantages of renewable energy is that it depends on weather conditions.

However, it also gives energy independence to households and communities.

Rather than depending on a national grid system to supply electricity, individuals can now handle their own energy needs.

This is an especially welcome advantage in areas where it’s challenging to provide receive a supply of energy as a result of the weather or the general climate.

Rather than having to depend on electricity providers, individuals can generate and store a considerable amount of energy to make use of when they cannot get power from a national source.

More sophisticated grid systems in the world make use of grid systems that remit excess energy into a central grid and allow the owners of the renewable energy sources to make some money from the energy which is paid to the primary grid.

Since setting up a renewable energy source within a home is not a significant challenge to homeowners; owning independent power systems is not a difficult feat.

Having solar panels installed in your home gives you the ability to generate your electricity, and batteries allow homes to store excess energy for less solar-friendly weather.

If you love nature, you must know that renewable energy allows you to participate in the preservation of the ecosystem fully.

Unlike the more traditional system of generating energy, renewable energy does not in any way affect the natural ecosystem.

In previous times, for instance, dams were viewed as a necessity for creating hydroelectric power.

This could not be disputed, however in more recent times, the damage done to the ecosystem by damming water and blocking rivers which in turn affected the animals which depend on the flow of these rivers.

For individuals more passionate about wildlife, renewable energy sources are a primary solution to this problem.

Renewable energy has long since developed beyond just solar and wind energy.

With new renewable energy sources like a wave and tide technology, hydroelectric power can be generated without affecting the eco-systems of significant rivers and various bodies of water.

With marine renewable energy currently producing over 500 megawatts, there is a good indication that with the right investments in this sector, much more energy can be produced.

9. Renewable Energy Can Be a Supplementary Power Source

A fringe benefit of renewable energy is the extra power that is generated from wind power.

These staggering numbers have also been able to contribute to a significant power deficit in the energy sector.

Renewable energy projects such as this are generally beneficial in generating enough energy to sustain the needs of a growing population.

A closer examination of renewable energy and how the sector works will ultimately reveal that this source of energy is the solution to major and remote problems that we face as a race.

Renewable energy is an answer to affordable, clean, healthy, and eco-friendly power.

By adopting a global strategy to develop renewable energy technology, not only do we save our planet, but we also enter into what is arguably the next level of human evolution.

Renewable energy will reduce carbon dioxide and other greenhouse gas emissions and contribute sustainable development of the planet. 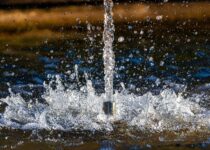 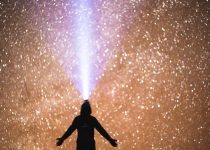 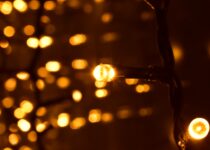