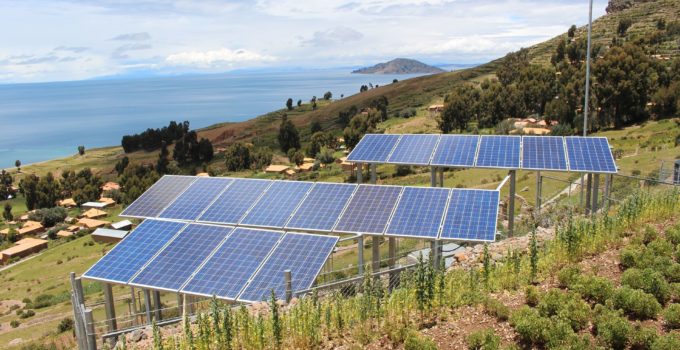 What are the ethical benefits of solar panels production and installation?

With the increased use of solar energy systems, many people believe that the production and usage of photovoltaic cells pollute the planet as much as burning fossil fuels.

As a direct result, there is an unhealthy dependence on fossil fuels.

Aside from the fact that fossil fuels contribute to global climate change, this source of energy is limited.

In the not too distant future, it’s going to run out.

Regarding this, it’s estimated that known deposits of oil, natural gas, and coal will run out in 50 – 150 years.

To save the planet and to secure a healthy life for our children, we need to switch to sources of energy capable of mitigating global warming and pollution issues and in tandem to be renewable.

But what is renewable energy, and where does it come from?

Renewable energy is the energy produced by sources that have no finite end, and that never runs out.

Usually, they come from natural sources.

The most prominent sources of green energy are solar, wind, hydro, and geothermal, but these are not the only ones.

Renewable energy use around the world is on the rise, and solar energy is the most common of them.

What is Solar Energy?

Solar energy comes from the sun (which is the primary external form of energy).

It is produced by the conversion of sunlight into electricity or heat.

Solar technologies are categorized as passive solar or active solar.

Classification is based depending on the technology they use to capture and convert the sunlight.

There are two ways to collect solar energy: one is by using light and the other by using the heat of the sun.

Solar photovoltaic (PV) has two advantages: module manufacturing can be applied in large plants but also in minimal quantities, depending on the needs.

This feature allows a lot of applications in homes, businesses, and even transportation.

What Are the 10 Ethical Benefits of Solar Panels?

Unfortunately, our need for power is enormous and is growing year by year.

The more technology moves forward and advances, the more we need the energy in our life.

Fossil fuels, which are the most used form of energy, are non-sustainable energies.

We need to move forward with the use of more sustainable forms of energy.

But what is sustainable energy?

Sustainable energy is energy that satisfies our needs for power in the present.

At the same time, it doesn’t compromise the future generations to fulfill theirs.

Unlike fossil fuels, the energy produced from the sun is sustainable, renewable, and unlimited.

It’s estimated by NASA that the lifetime of the sun is 6,5 billion years, so as long as the sun will shine, we don’t have to worry.

At the same time, solar energy is abundant.

In this regard, we can mention that the solar energy that the earth gets every hour is sufficient to power the whole world for one year.

Solar energy is indeed limitless; the only limit is our technology to process it!!!

We currently get 13 % of our energy from renewable sources without counting transportation.

Solar energy is a clean source of power.

It doesn’t include emissions of harmful gases, and in fact, it’s considered pollution-free.

Pollution is one of the biggest killers in the world.

It has a significant impact on the life of millions of people, especially in the kids’ life.

Pollution is characteristic of non-renewable sources of energy like fossil fuels.

This is why we have to move towards cleaner energies that don’t harm the environment.

What gives solar power an edge over fossil fuels?

It’s because it’s the cleanest and safest source of energy in the world.

Even the installation of solar panels has a low environmental impact.

It’s usually installed on existing premises like homes, businesses, or in places no longer in use like landfills, deserts, etc.

Going solar today means you will lower your carbon footprint and help maintain a cleaner environment.

The frequent use of solar energy through solar panels has zero impact on the environment.

The level of radiation that falls from the sun upon the earth it’s not the same and depends on the geographical position, but even in the least sunny areas, the sunlight is enough to produce solar energy.

In conclusion, in sunny or less sunny areas, solar power is viable everywhere.

As a result, there aren’t “fortunate” or “unfortunate” countries; the sunlight is practically everywhere around the globe, ready to be exploited every day.

The leading solar producer is actually in China, and it is expected that in 2021, they’re going to triple their productivity.

China has adopted the solar approach because of the staggering level of air pollution they have in big cities, especially in Beijing and Shanghai.

The largest solar power plant in the world is in the Mojave Desert, California.

4. Solar Energy Saves You Money in the Long Run

Solar energy is not only a smart choice for the environment, but it’s also beneficial for your wallet.

Yes, with solar energy, you can save the money you spend every month with the utility bill!!!

After the initial cost of buying and installing, solar panels are a free source of energy, and you can use them for decades.

It’s estimated that the lifespan of solar panels is 25 – 30 years.

Although initially, solar panels are a significant expense, their payback period (return of investment) is 3 – 5 years.

The amount of energy that is produced after the payback period is the profit that you take for your investment.

Due to advancements in science, technology, and processes solar panels are becoming more efficient and as a result, even more, cheaper every day, and projections are that prices will keep dropping.

It’s predicted that soon, the cost of solar energy will be the same as other energy sources.

5. Financial Support From the Government

Subsidies from government or states play a significant role in supporting the growth of solar energy, making their costs more affordable and as a result, further incentivizing the expansion of solar panels.

For example, the Solar Investment Tax Credit (ITC) is one of the most important federal policy mechanisms in the USA, enabling a 30% tax reduction credit for solar systems, applied both on individuals and businesses.

“The impact of the tax policy on our industry has been incredibly consequential,” says Abigail Ross, the CEO of the Solar Energy Industry Association.

She continued reporting a 10,000 % rise in solar capacity and $140 billion in investment as a direct result of the subsidy’s effect.

Since 2006 when it was enacted, the Solar Investment Tax Credit became the most successful policy for green energy in the USA.

In December 2015, the US senate extended the 30% Renewable Tax Credit for another eight years.

Energy dependence issues can be discussed at an individual and a national level.

Harnessing solar energy means not being dependent on fossil fuels that exist in low quantities, are continuously running out, and above all, build and sustain dependence from the suppliers.

Being energy independent is necessary for many nations worldwide because relying on unfriendly countries for energy involves insecurity, uncertainty, price rises, etc.

Not rarely, the energy dependence has caused conflicts like wars, economic, and political destabilization for countries that don’t have natural resources of their own.

Relying more on domestic production of energy is the goal of many countries, and in this regard, solar panels certainly help.

The question arises: Is it possible for energy independence?

Maybe 100 % of energy independence isn’t a very realistic expectation, but energy security is considered an attainable target in the future.

By observing the individual aspect, it can be noted that installing solar panels at home has brought the independence of entire families from the grid.

Even in periods of no sun like nights or rainy days, the switch on conventional power from the grid, it’s not expensive because, in reality, it’s compensated by the overproduction periods when the energy is generated back on the grid

7. Solar Energy Can Be Used Anywhere

As we have already mentioned, due to the modular nature of solar technologies, it’s possible to use solar even in the smallest objects.

There is extensive use of solar energy in everyday objects and devices that can be exposed to sunlight, and this trend is going to grow for a long time.

Not only we can save money by installing solar panels to reduce the electricity bill, and we can also make money out of it.

Some countries allow homeowners to sell any surplus energy they exported back to the grid of the power company.

This is known as the “feed-in” scheme and can become a source of income for homeowners.

9. Solar Panels Can Be Installed Everywhere

They can be installed everywhere in existing rooftops, fields, premises as long as there is adequate space.

The introduction of solar electricity in remote areas that have no access to power had a high impact on the economic and social development of these places, by creating employment and reducing immigration.

Good for the environment, good for jobs!!!

As the world is moving toward massive implementation of solar energy, the employment rate for the jobs in the solar industry, like solar manufacturers and solar installers, is increased, resulting in real help for the economy.

According to the statistics reported by the National Solar Job Census and published by The Solar Foundation, the solar industry holds first place for job creation in the USA with thousands of jobs.

11. Solar Panels Will Increase the Value of Your Property

According to a study conducted by National Renewable Energy Laboratory (NREL), solar homes are sold 20 % faster and 17% more than non-solar homes.

As can be noted by statistics, a solar home is more preferred by buyers because solar panels are considered as an upgrade for the house, and for that, they’re willing to pay more.

Recent studies have reported that for every 1 kilowatt of solar panels installed, the value of the home is increased by $ 4,020 – $ 5,911.

Access to energy is critical as it directly impacts the economy, politics, national security, and society in its entirety.

The fact remains that there is a growing awareness about environmental issues in the past ten or so years.

We need to create the foundations for a better future.

Arguably a reorientation of institutions and policies it’s needed to create a dramatic change in the way we think about nature and humanity, thus giving rise to a new culture.

The wiser choices are made today, the stronger fundamentals we will have tomorrow.

The choice of solar energy and other renewable energies, although it still represents some economic and technological challenges, it’s the only way to go.

As Petra Kelly from the environmental movement once said: it’s the time for “the greening of the self.” 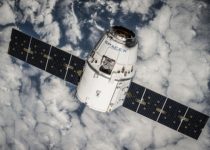 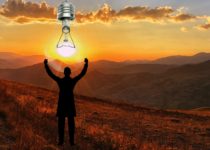 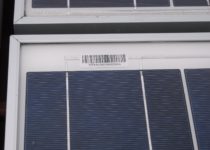