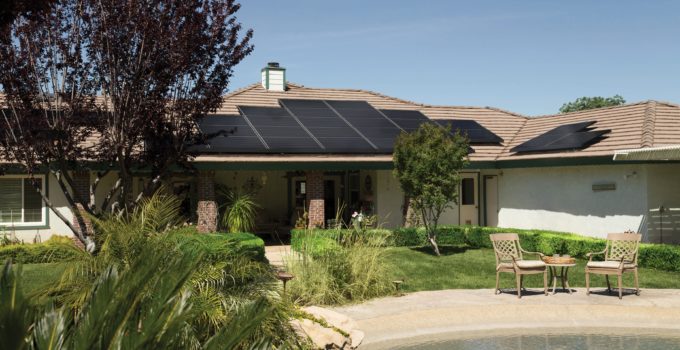 How many solar panels to power a house do we need?

The sun has been around for billions of years.

One cannot even begin to fathom the existence of life without the mighty sun.

It is the only source that sustains and nourishes life for all living beings.

Since time immemorial, the sun has not only provided us with energy but has also helped man in keeping track of time and showing direction.

The sun has also helped man use its powerful energy directly in homes.

A lot of research and records indicate that ancient Egyptians were the first civilization to use solar energy in their homes.

It’s quite fascinating how the progressive ancient civilization designed and built their homes to store solar energy in the day to keep their homes warm at the night.

Sun is the source of one such renewable source of energy that people have actively inclined toward having installed in their homes in the past decade.

And, we all have excellent reasons for using solar power.

However, how many solar panels do you need to produce sufficient electricity for your needs?

What Are the Benefits of Solar Energy?

The United States is the world’s second country that is equipped with the most solar power systems in 2022.

Solar energy in the United States has grown exponentially in the last five years.

Solstice reports that in the second quarter of 2021, the United States powered 13.1 million homes after installing 2.1 gigawatts of solar PV that generated almost 69.1 gigawatts of energy.

Now, let’s look at some other interesting facts before we see how many solar panels do we need to power a house.

So, what does it mean for the world when one average American family installs solar PV for a year?

The findings based on EPA’s Greenhouse Gas Equivalencies Calculator states that one family going solar would avoid adding approximately 12,500 pounds of carbon dioxide to the atmosphere.

A whopping 59 percent of Americans say that seeing electricity savings on the electricity bill is the biggest motivation.

Around 58 percent of Americans are happy and satisfied after installing solar panels, and believe that this effort of theirs would help the world make a better place for future generations.

It is the fastest-growing job and has around 242,000 solar workers.

How to Calculate the Number of Solar Panels Needed to Power a House?

How many solar panels you need to power a house will also depend on the state in which you reside.

For instance, California is a sunny state and it will require fewer solar panels compared to other states such as Alaska or South Carolina that have less sun all year round.

Therefore, how much sunlight your area gets as well as solar panel wattage are crucial to the calculation.

A recent study of 9 American states indicates that the annual electricity usage that an average household consumes is approximately 10,164 kWh.

We will divide the annual consumption by 12 to get the monthly expenditure.

We will now divide the monthly consumption by 30 (no of days in a month) to know the consumption per day.

Now, we will divide daily consumption by the number of peak sunlight hours the city receives.

Let’s assume that we’re in the sunny state of Sacramento, California, which receives an average of 9 hours of sunlight per day.

We will divide the daily consumption by the hours of sunlight received per day.

We will convert kWh into watts by multiplying it by 1000.

Therefore, 9 solar panels will be required to power the house in a very sunny location.

Let’s look at another example.

Now, let’s say you live in Michigan that receives approximately 4 hours of sunlight per day.

You stay with your 2 kids and spouse in a nice 1000 square meter house in Michigan, which receives approximately 4 hours of peak sunlight per day.

And, you would like to install a 60 cell 275-watt solar panel in your home.

So, if you want to install solar panels, you will need 40 to power a house and produce 100% of the energy needed in our calculation.

Nonetheless, how many solar panels you might need may fluctuate depending on the number of sunlight hours, less or more energy consumption in some months, and insulations.

In such cases, we will list down the average energy usage of selected appliances, and the number of hours used among others before calculating how many panels are needed to power them.

The fridge consumes 478 kWh of energy for a whole year.

The household will need only 2 x 275-watt solar panels to power their fridge.

Which Appliances Are Energy-Efficient?

One way to reduce your energy needs is to replace old electronics, gradually, with energy-star rated appliances.

It may sound expensive, but it has benefits in the long run.

But, if you’re looking for a change of appliances, do your research on brands selling energy-efficient appliances before sealing the deal.

A home equipped with energy-efficient appliances can reduce your utility bills by half.

For instance, you can begin with replacing bulbs and tube lights with LED lights.

It will reduce your lighting consumption immediately by 30 – 80 percent.

The energy required to power a 30-watt tube light or bulb can power 3-4 LED lights efficiently.

Refrigerators run all day, every day.

New refrigerators in the market are designed to consume 35 percent less energy.

An energy-efficient dryer and washing machine saves on water and electricity bills.

Energy-certified dishwashers also give you a good 12 percent off on your utility bills.

The more energy you use, the more solar panels you will need.

How Does Solar Energy Work?

The way solar energy works and gets stored in the cells of the solar panels is quite interesting.

So, how does solar energy power our homes?

The answer is solar power inverters.

However, it’s necessary to look into different brands and types of solar power inverters before deciding how many solar panels you need to install.

What Are On-Grid and Off-Grid Energy Systems?

The homes’ solar grids are connected to the main electrical grid, which benefits homeowners as they receive bill credits when their solar panels overproduce.

On days when your solar system doesn’t produce sufficient energy or if you’re consuming more energy than usual during that day or month, the bill credits come to your rescue.

They will cover the additional cost of your grid electricity use.

This is on the grid, and it offers predictability, safety, and security.

If you’re off-grid, then you will have to build extra storage space to store excess electricity for backup purposes such as a battery bank.

Most homes situated in the suburbs or wilderness may need ample space and storage for both solar panels and backups.

How Many Solar Panels Should I Buy to Power a House?

Homeowners first need to know how many solar panels they will require to run the house.

There are scores of solar panel calculators online, or you can consult an expert to help you calculate the exact number of solar panels you’ll need, considering all the specific factors and the solar panel wattage.

If you opt for an online solar calculator, all you need to do is just enter a few basic details and they will tell you how many solar panels your home will require.

The next step then is to hire a reliable and trustworthy solar installer who will install your solar system.

Randomly walking into a store and purchasing expensive solar panels for the whole house is not a smart thing to do.

They just focus on selling the number of pieces as fast as they can.

It’s always better to consult solar panel experts and consulting firms who can provide you with correct information and guide you in the right direction.

You should research, read reviews, ask for quotes from many installers, consider multiple solar panel brands and designs, check the installer’s qualifications and license, and ask about warranties and safe financing options.

After all the planning, the actual installation may take only a few days.

And, with net-metering, it will take some additional time to ensure that the solar system functions properly, under the main electrical grid.

The energy a solar array produces depends on how much sunlight reaches it.

Not sunlight that hits the solar panels converts into energy.

The maximum efficiency a solar panel reaches is almost 23 percent, according to research.

But, the average efficiency of solar panels falls roughly between 15 – 20 percent.

So, if a solar panel has around 20 percent efficiency, that means it’s capable of converting 20 percent of the sunshine, hitting it into electricity.

According to Solar Energy Group, an average homeowner spends approximately $20,000 for a 5-kilowatt solar energy system, which will take them around 12 years to pay off.

However, once that hurdle is crossed you could be getting years of free energy.

Another important fact that homeowners sometimes contemplate while opting for installation is what if they install solar panels but decide to move and buy a new home or live elsewhere.

Experts say that homes installed with solar panels will bring you a higher price compared to those that don’t have them.

So, there’s nothing to worry about on this end.

Getting a solar panel system installed in the house is one of the smartest decisions made by Americans.

How Much Energy Does a Solar Panel Produce?

To find out how many solar panels you need, you need to know how much energy a solar panel produces.

There are two types of solar panels in the market — monocrystalline and polycrystalline.

Visually, both types of solar panels are different from one another.

Monocrystalline solar panels are made from slicing one silicon cell and are darker in color.

They offer high efficiency, work best in shady conditions and high heat, and are more space-efficient.

However, they’re very expensive but have a longer life span.

On the other hand, polycrystalline solar panels are made by melting multiple cells and are lighter in color.

They offer low efficiency and don’t work at their optimum level at higher temperatures.

They’re less space-efficient and have a short life span.

Your solar power consultant will give the best advice on which solar panel system to opt for your home depending on your location, budget, and weather conditions.

If you plan to install solar panels, you need to know that on average, a typical home, needs between 20 and 24 solar panels that will cover 100% of the electricity needs.

Consequently, the number of solar panels one needs to power a home impacts the price of the solar system installation. 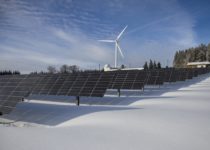 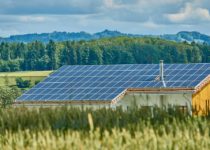 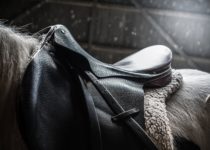