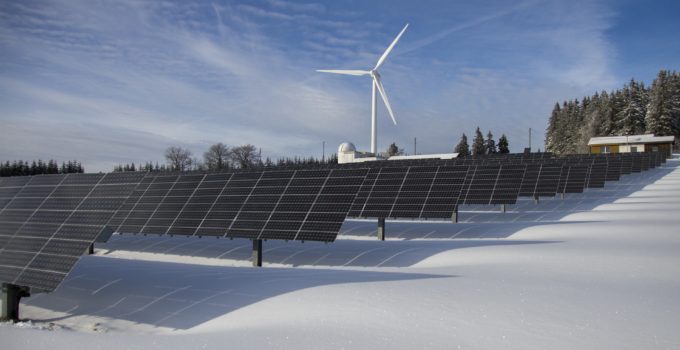 Why solar wind and hydroelectric energy are renewable energy sources?

That’s because the world is embracing sustainable energy from renewable resources such as wind, solar, and hydropower.

Although many people believe that natural gas is a clean energy source, that is not quite true.

Yet, natural gas is a fossil fuel.

Using renewable energy instead of fossil fuels comes with a whole host of advantages.

From saving the environment to keeping a few bucks in your pocket, the benefits of renewable energy can just be a wish away.

What is Renewable Energy?

Renewable and clean energy is the energy harvested from nature.

These sources are abundant and naturally replenished depending on environmental factors such as wind, rain, waves, geothermal heat, and tides.

In short, renewable energy cannot be depleted and doesn’t contribute to global warming and climate change.

However, not all renewable power is available to everyone.

For instance, geothermal power (geothermal heat), biomass, or tidal energy is not something that’s available everywhere around the world.

In contrast, solar and wind energy are available to everyone via solar panels and small wind turbines that generate power

The same report further adds that a whopping US$279.8 billion was invested in renewable energy resources by 2017.

With these statistics, it’s safe to say that more people are embracing renewable energy.

What Types of Renewable Energy Sources Are There?

There are many types of renewable energy, with the most popular being wind, solar, and hydroelectric.

You should, however, keep in mind that most renewable energy directly or indirectly depends on sunlight.

The sun’s heat is responsible for driving the wind, which is captured in wind turbines for electricity.

The sun’s heat and the winds then cause water to evaporate, forming water vapor, which becomes rain.

It’s the rains that flow downhill into the streams or rivers where hydroelectric power is generated.

So with these few tips in mind, let us now take a closer look at the three types of renewable energy resources.

We will turn to water, wind, and solar energy.

Besides these, we also have other renewable energy sources such as geothermal energy and biomass.

Solar is undeniably the most popular green energy today because it’s the most reliable and the most available.

According to the 2000 World Energy Assessment report by the UNDP, solar energy has the potential to release 1,575-49,837 exajoules (EJ).

That’s several times larger than what the whole world consumes, which was 559.8 RJ by then.

It’s also known to provide cheap power to remote areas, which are entirely devoid of any civilization.

That said, there are a variety of ways that you can use to capture the sun’s energy.

The two main methods include solar thermal capture and photovoltaic.

Photovoltaic on, the other hand, is used in small-scale electricity projects, such as residential solar panel installations.

So if you’re still using fossil fuels as your primary source of energy, check out these 10 solid reasons why you should go solar.

As they say, everything with advantages also has its disadvantages and solar isn’t any different.

To begin with, you can enjoy solar energy at night if you don’t invest in a storage device like a battery.

And of course, installing solar technologies can be quite expensive, especially if you want to collect energy for lots of people.

But despite these few drawbacks, solar energy remains to be the most reliable type of energy there is.

According to National Geographic, harnessing the wind for power has been practiced for over 7,000 years now.

Today, some countries such as the US, UK, Germany, China, and Germany rely heavily on wind energy.

However, IRENA argues that the amount of power produced by wind is dependent on the turbine and blade size.

The blades rotate whenever there is air movement, generating electricity in the process.

In most scenarios, the massive turbines are planted at high places where there’s high wind movement.

Wind energy is most prevalent in the United States, as you can see in this US Wind Energy Resource Map.

Despite being a clean, non-polluting, and free energy source, wind energy also has its fair share of drawbacks.

To begin with, the initial cost of setting up a wind power plant is significantly higher than buying fossil-fueled generators.

The machinery alone will take approximately 80% of the initial cost, with the remainder going to the site preparation and installation.

Another thing, there have been some concerns over the noise emitted by the rotor blades and bats or birds being killed.

Finally, setting up a big wind plant might require vast tracks of land, making the whole process expensive at first.

The good news is that most of these concerns have been addressed via technological developments.

All in all, wind energy or wind power is a clean, safe, and dependable renewable resource.

Moving water is so powerful to the extent that it can light up big cities, even countries.

Over the past century, the US has been at the forefront of dam building with over 2,000 facilities.

This makes them the second-largest hydropower producer in the world, just behind China, at least according to National Geographic.

In November 2017, amendments were made to the United States Energy Policy Act to recognize hydroelectric power as a renewable resource.

Moving on, hydropower generation starts with the sun’s energy, as I had mentioned earlier in this post.

Most hydroelectric power plants feature water reservoirs with valves or gates to control the amount of water flowing out of the reservoir.

The water gains the potential energy before it spills over the dam’s top or flows downhill.

The water is then used to run the turbine blades, generating electricity in the process.

As long as the world has enough water supplies from the rains, hydroelectric energy is undoubtedly here to stay.

Just like wind and solar energy, hydropower also has a few concerns.

First and foremost, dams can be costly to set up because they require significant up-front investments.

On a brighter note, the maintenance costs of a well-built dam are pretty low.

But it’s the environmental consequences of hydroelectric energy that worry experts.

Animal and plant life in most rivers depends on several factors, such as water speed, level, and temperature for survival.

For example, fish might die if they’re unable to migrate upstream because of dams and other hydropower infrastructure.

But all said and done, the advantages of using hydroelectric power outweigh the disadvantages if correctly set up.

What Are the Advantages of Using Renewable Energy Resources?

There are lots of benefits that come with using renewable energy.

Here are some of them:

1. It’s abundant, clean, and safe to use

Even clean-burning natural gas can’t come close to what renewable energy has to offer in this regard.

The sun ensures that we get enough sunlight on earth every day.

The warmth from the Sun then creates the wind, which is also virtually limitless.

If these free natural resources are appropriately harvested, they can supply electricity to light up the whole world.

Simply put, how fossil fuels are collected makes them a finite resource.

In this century, where the world is grappling with massive unemployment, anything that can create jobs is a welcome addition.

According to IRENA, the renewable energy sector employed up to 11 million people by the end of 2018.

Leading employers include China, the European Union, and the United States, with other Asian countries that export solar products like solar panels, outdoor wall lights, etc.

You can check out some top-class solar outdoor lights here.

Don’t forget to factor in the expertise needed to run and maintain renewable electricity stations.

In short, investing in a renewable resource is a sure way of helping society make a living.

This one certainly goes without saying.

Some dangerous health conditions include heart disease, cancer, neurological problems, and many more.

Take biomass, for instance, which uses restaurant or agricultural wastes to manufacture electricity.

That’s a win-win scenario for humanity.

Extreme climate change currently being experienced all over the world certainly has not made life any better.

For example, in some parts of the US, it’s getting colder in the winter and hotter in the summer.

For these reasons, people here tend to invest more in air conditioners and clothing.
This can lead to unnecessary blackouts and expenditures.

On the other hand, solar energy panels can be installed right on top of your house, RV, or even trees (see best solar panels for RVs).

This means that it’s virtually impossible to experience blackouts at home in the summer if you use solar energy.

While setting up a renewable energy source can be expensive at first, it will prove beneficial in the long run.

Many households and organizations all over the world suffer from inflated utility bills every month.

But if you invest in a great solar panel and battery, those annoying utility bills will be a thing of the past.

Furthermore, the federal government offers tax credits and breaks to people who invest in this energy sector.

Take solar panels and wind turbines, for example, which have few or zero moving parts.

They also don’t rely on costly flammable fuel to operate.

So if you want to start saving for that dream holiday trip, start by investing in renewable electricity.

What Are the Disadvantages of Renewable Energy?

As we’ve discussed, renewable energy has lots of benefits to humans, plants, animals, and the environment at large.

However, there are a few disadvantages.

1. It has a higher upfront cost

While you’ll be saving lots of money if you use renewable energy, the technologies involved in setting it up are typically more expensive than traditional generators.

For example, 100 acres of space will produce only 20 megawatts of energy.

If you consider a nuclear power plant, on the other hand, it requires only 1 square mile to give 1,000 megawatts of energy.

There is no denying that renewable energy can be unreliable at times.

That’s because it depends on the availability of sunlight, wind, or rain to be harnessed.

For example, hydro generators need lots of rain to fill up dams for enough water supplies.

Also, the wind is needed in abundance to turn those turbine blades, whereas solar panels require clear skies and sunlight to generate electricity.

Therefore, to get the most out of renewable resources, you should first of all study the type of climate available in your locality.

3. It has limited electricity generation compared to fossil fuels

Renewable energy technology still faces some challenges when it comes to electricity generation.

Fossil fuel is still the primary electricity generator in the world, by far.

This, essentially, means that renewable energy can’t be relied upon as the primary source of power for a nation.

Simply say, much more investment is still needed to tap into the full potential of renewable energy.

It’s an open secret that renewable energy is cleaner than fossil fuels.

However, there is a massive difference between “clean” and “cleaner” when it comes to environmental protection.

Look at biomass, for example, which burns waste products that pollute the atmosphere.

Also, technologies used to build and distribute renewable resources depend on fossil fuels.

So it’s safe to say that renewable energy depends on fossil fuels, to some extent.

To wrap it up, the positives of embracing renewable energy use outweigh the negatives.

Whether you want to use it on a personal, governmental, or corporate level, you’ll be saving money while promoting a healthier and cleaner environment.

And with more investments, jobs will be created, utility bills will be lowered, and many more benefits. 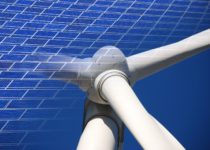 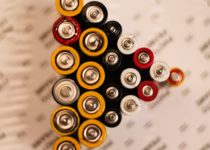