In this article, you’ll learn how solar panels are made, how they work, and how they can change our future and reduce environmental degradation by reducing the amount of carbon dioxide that reaches our atmosphere.

Energy needs have been making headlines all around the world with world governments making efforts to reduce the carbon footprint.

The recent conferences on climate change have also made it clear that the condition of the environment is degrading rapidly and a need for renewable or clean energy has been undoubtedly established.

The best form of clean energy comes from natural resources like wind and water, but the most popular among them is solar energy.

Since solar energy is available around the world, people are more drawn to use them for personal and industrial purposes.

Solar energy has become one of the cheapest sources of renewable energy while still efficiently providing clean energy around the world.

Solar panels have applications in a wide variety of applications, mostly for domestic purposes.

The solar panels used for domestic purposes can only achieve an efficiency of around 20% of the sunlight.

This efficiency of converting sunlight to pure energy is called solar efficiency.

There are solar panels with higher efficiency of around 40% used for a variety of commercial and industrial purposes.

With the advancement in technology, the effectiveness of solar panels is increasing day by day, paving the way for cleaner energy.

What Are the Types of Solar Cells?

Solar cells made of silicon provide a mixture of high efficiency, low cost, and long lifetime.

When light passes through such a solar cell, it moves the electron present in it.

This effect is known as a photovoltaic effect.

The frames mostly made from aluminum provide the rigidness required to withstand the harsh environment.

Silicon cells are also encased within a glass sheet to protect them from any environmental damage.

This arrangement is called a solar panel.

Solar panels made of silicon are divided into three types: monocrystalline, polycrystalline, and thin-film silicon panels.

A monocrystalline solar panel is a silicon wafer made in one large single block format.

Besides, monocrystalline panels have a distinct black color, which gives them a premium solar panel look.

Thin-film silicon cells are made by placing a thin layer of photovoltaic cells on top of each other.

As they are less efficient when compared to other types, thin-film silicon solar panels are one of the cheapest.

There are many types of solar cells in the case of thin-film solar panels; they differ from each other based on the material used to create them.

The types of solar panels made of thin-film silicon are:

How Are Solar Cells Made?

Solar cells are formed using silicon dioxide as a raw material, which goes through eight steps to get the required product.

These steps are as given below:

Then to release oxygen, a carbon arc is applied.

This process creates silicon, which has only 1% impurity.

This type of silicon is used for some industrial purposes, but the silicon is still not pure enough for solar cells.

A silicon rod is with 99% purity is then created to go through the next step.

After this process, the silicon rod will be considered pure and the impure section of the rod is removed.

Solar cells are made from silicon boules which are polycrystalline structures that are single crystalline in nature.

These silicon boules can be made using a process called the Czochralski method.

In the Czochralski method, a seed crystal of silicon is dipped into the melted polycrystalline silicon.

Then the seed silicon crystal is withdrawn with rotation creating a cylindrical ingot, which is called boule.

This ingot is 100% pure, any impurities present in the first steps left in the liquid.

Silicon wafers are cut from the boule using a circular saw.

These are shaped as such because they fit together perfectly in the solar panels utilizing all the available space.

The silicon wafers are now polished to remove any marks left due to the cutting process.

Sometimes the manufacturer could leave the rougher ends untouched as it’s believed to absorb more light to produce more energy.

This process involved introducing a small amount of boron during the previous stages.

Another method consists of doping silicon with some phosphorus to shoot the ions into the ingot.

This also involves controlling the speed of the icons to control the depth of sunlight penetration.

The new process is still in the testing phase, though.

In this process, the individual solar cells arranged in the solar panel are connected through the electrical wiring.

The contact point of these electrical fittings needs to be extremely thin so that they don’t block any sunlight.

Usually, metals like copper are vacuum evaporated or placed in spaces that are unused by the solar cells.

After the individual solar cell contact is established, thin stripes are placed between the cells, mostly using tin-coated copper.

Pure silicon is shiny, which means that 35% of the sunlight reflects.

An anti-reflecting coating is done on the silicon wafers to reduce the loss of sunlight.

Mostly titanium dioxide or silicon oxide is used for this purpose.

The encapsulated solar cells are now placed over an aluminum frame and covered with a transparent glass or plastic sheet.

The finished product is called a solar panel.

Once the solar panels are ready, testing is performed to check whether solar panels work as per expectations.

The solar panel is put in a flash tester at the manufacturing facility.

The tester will deliver the equivalent of 1000W/m2 irradiance, 25°C cell temperature, and an air mass of 1.5g.

These test results are compared with the standard industry norms.

The performance parameters are listed on the solar panels and can be found in the user manuals.

The solar panels are also tested in the real world scenario by the manufacturers.

If both the standard testing and real-world testing parameters are found within the operation limited, the solar panels are moved out of manufacturing for shipment to the customers.

Most of the solar panel manufacturers also provide expert installation services so that the panels are set up at the customer’s choice of location to provide maximum benefits.

Since the angle at which solar panels are installed is very important to get maximum sunlight benefits, the manufacturer takes good care of the installation service.

The fixed solar panel installation must be installed by the specialist as calculation of the optimal sunlight is to be made.

Which Everyday Products Use Solar Panels?

Solar Powered Phone charger is one of the best products to use if you’re always traveling.

The best part of being a solar charger is that anytime during the day, you can put your phone on charge using a small solar panel provided with the device.

They charge themselves during the day and store electrical energy into a battery.

During the night, they use the stored energy to provide streetlights to travelers.

Solar Powered Irrigation pumps are of widespread use in rural India and the government of India is providing subsidies to the farmers for irrigation pumps.

Solar has reduced the cost of farmers as the overhead of electricity is reduced to null.

Solar Powered Mobile Towers are used by many countries to provide the mobile signal to less populated regions.

Underdeveloped or Developing nations are using the power of solar to power mobile technology.

Solar Powered Smart Homes are becoming a norm for most modern-day architects.

The goal is to design a self-sustaining smart home that has a limited requirement for outside power.

The idea is to reduce the dependence on the power grid and commit toward green energy.

Rooftop Solar Panels setup is typical in most individual homes and residential societies.

These plants not only reduce the power bill of the city but also reduce the load on the national power grid.

What Are the Upcoming Solar Technologies?

Scientists are exploring the possibility of lining up the highways with solar panels.

These solar panels will provide a considerable amount of clean energy to the electrical grid as the space occupied by the roads in any country is quite large.

The Netherlands is already in the process of testing a solar highway project.

Another way to overcome the land usage barrier is to construct a solar grid over water.

The solar canal project in India is already well established and how solar panels are made continues to provide electricity to the power grid.

Scientists are trying to harness the energy of the sun from space.

An old technology of space-based satellites capturing the energy and beaming them back to Earth is in consideration.

Since satellites are placed in a way to optimize the capture of sunlight, they can be a good source of clean energy.

This technology will capture significantly more amount of energy and beam it back to the Earth in the form of a microwave.

Emerging economies like India and China are investing heavily in these technologies.

What Are the Environmental Benefits of Using Solar Power?

Alternative forms of energy are fossil fuels based, which increases the carbon footprint.

Increased usage of solar power has had a tremendous effect on the environment.

Most of the electricity generated in any country comes from fossil fuels.

Fossil fuels are becoming more expensive as they need to be extracted and processed before use. Solar energy is available free around the world in abundance.

If we could capture all the sunlight on Earth for just 1 hour, it could power the entire world for one year.

Investing in solar energy means investing in the technology of the future, which is abundant, consistent, and free.

Greenhouse gases are responsible for the rise in global temperature and climate change.

When we know that the age of fossil fuels is coming to an end, it would be wise to invest in the technology which can power our future.

The drawbacks of solar energy are insignificant compared to its advantages.

The developing countries are serious about the issue of clean energy and the conference on climate change in the United Nations has proved that clean energy is the need of the hour.

Solar energy is the most commonly used clean energy source that will continue to evolve and support the energy needs of the world. 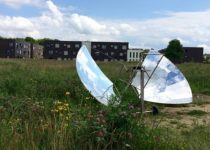 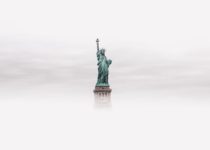 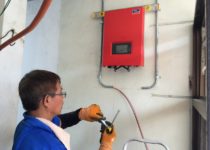