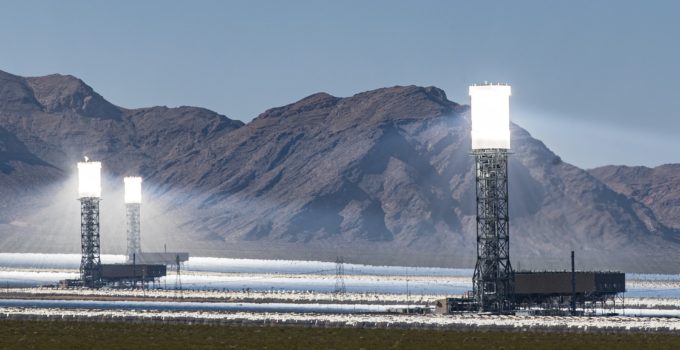 The question of climate change has become more and more popular nowadays, and as a result, it is not surprising that people are looking for new ways to generate electricity.

One such source of energy is our sun which produces solar power.

But what is it, how one can collect it and finally, how solar energy is converted into electricity that everyone is using every day – these are questions that we are going to answer in the article, by the end of which, you will know how the sun can produce electricity for your home or business.

What Is Solar Energy?

Our planet is receiving light and heat from the sun every day.

The process of converting energy from the sun into electricity is called solar energy or solar power, which even our ancestors used for their benefit, namely to produce fire.

Nowadays, many countries put their money into researching this source of energy relating to the production of electricity which is an integral part of our everyday life.

What Are the Benefits of Solar Energy?

Is solar a good source of electricity?

The short answer is yes, because solar energy, while not absent from disadvantages, has several advantages:

1.      Receiving electricity from solar energy can help you lower a building’s utility bills, so you can save money by installing a system for the collection of solar energy.

2.      The fact that traditional means of receiving electricity impact global warming is a well-known fact, but by using solar energy to produce electricity you may improve the situation by reducing air pollution.

3.      Further, solar power does not belong to anyone, as it is with fossil fuels, which means that anyone can use solar energy to produce electricity with no need to buy it from other countries.

This possibility means that countries that do not possess old-fashioned means of producing electricity can gain some independence from those that do.

4. sunlight is a renewable resource, unlike fossil fuel, and it is available for a long time now while being an excellent source of energy.

These are only four of the most obvious benefits of solar energy, but there are more reasons why solar panels are good.

How Much Electricity Does Solar Power Generate?

One may ask whether we can receive enough solar energy to satisfy our needs, and probably will receive an affirmative answer, because the amount of electricity that we can convert from the sun outnumbers by thousands of the amount that the world’s population now utilizes.

However, the question is that not all of that energy is collected and used by the population and one such example would be that solar energy is not available at night, thus, providing that we still need it at that time, the question of its storage emerges.

How Does Solar Energy Produce Electricity?

Now, that we know that solar energy is a good source of power, let’s consider how does it work, more precisely that it can be converted into electricity using direct or indirect methods.

Firstly, let’s consider the direct usage, which by the way, is the most common way of receiving electricity from the sun and lies in the usage of solar panels systems.

This method is called a photovoltaic solar method and involves the sunlight which hits the surface of a solar panel the later further converts it to electricity.

On the other hand, the indirect method uses focused sunlight to generate electricity, which means that the energy of the sun is used to heat a liquid and further to generate vapor, which moves turbines and produces electrical power.

Although this way of generating electricity is also in use, its capacity of it is significantly lower than that of the photovoltaic method, so the article gives more attention to the first type of energy, but both of these methods will be considered further in more detail.

Nowadays, the most popular technology that uses sunlight to produce electricity is solar photovoltaic technology, which means the electricity from the light (where ‘photo’ stands for light and ‘voltaic’ – for electricity).

People use solar panels or, as they are also known, solar modules to produce electricity and in short, it happens when light particles – photons – are collected from the sun’s light by solar panels (which consist of solar cells), that forces some electrons in solar cells to separate from its atoms and move, producing electricity that people use.

To clearly understand the whole process, let’s look at the components of an ordinary solar panel.

It usually consists of separate silicone cells that are connected between themselves by an external circuit, while, each of the cells is a combination of four parts, two of them are metallic electrodes and are present on each side of the cell, and between those electrodes, there are two layers of silicon.

These are the basic and essential parts of the silicone cells, which make it possible to convert solar into electricity.

What Is The Science Behind Solar Panels?

So, the initial process is as simple as that:

But what exactly happens when the photon hits the surface of a silicon cell?

The whole process looks like Newton’s cradle: photons pass electrodes and hit silicon atoms, this process gives some energy to silicon’s electrons, and they can escape from the silicon’s atom and then move to the positive type silicon through the electrodes and electric circuit, so this process generates electricity which people can use directly to power their gadgets.

The process above describes how, for example, solar calculators work, but alternatively, such electricity may be collected and stored for future use.

However, the electricity that is produced by solar panels is direct current (DC), which means that it needs to be converted by an additional device that changes it to alternating current (AC) power, usually the most suitable for appliances in our houses.

What Device Can Convert Solar Energy Into Electricity?

As we already can see, to produce electricity from the sun’s light we need some devices, but what exactly do we need and why?

1.      A solar panel is the most prominent part of the whole system and is also known as a solar module, which collects photons, and the components of the panel convert those particles of light into electricity.

The most common use of solar panels is by placing them on a roof, which is the most appropriate place for them because there is less possibility to shade the panels on the top of a building and produce the maximum of their capacity, such construction is called solar roof system.

However, not always it is possible to place a panel on the roof due to its form or shape, so any open land that is free form shading is an excellent choice for them.

Anyone who is planning to place a panel should remember to look for local and state regulations regarding solar panels or to consult their state authority to be sure it is not against the law to do so.

As we already discussed, after the energy goes through panels, it needs to be converted into appropriate AC to be able to use in most appliances.

The device that can do so is known as a solar power inverter, and after the DC inverts to AC, people can immediately use converted electricity.

How Is Solar Energy Kept in Reserve for Later Use?

One can ask, what if the solar panel produces more electricity than the household needs right now?

There may be several answers, depending on the type of agreement you have with your state authority.

1.      Off-grid contract means that the household uses batteries as storage for the excess electricity and is completely disconnected from the local utility grid.

In other words, if there is more electricity produced, the excess amount charges the battery so that you can use that electricity, when there is no solar energy available (for instance, at night).

Still, with this option, besides the batteries themselves, you need an additional device, called a solar charge controller, which prevents the battery from overcharging and as a result falls into disrepair.

2.      An on-grid option is used if you do not want to disconnect from the utility grid, you may stay on it, but install a solar panel as an additional supplier of electricity.

Given that, you use solar energy while it is available and an electrical grid when there is not enough electricity from your solar panel, what happens with the excess electricity?

However, an additional device is also needed here, which is a net meter, connected to the inverter and measures the electricity supplied by the grid and send to it, so, you know how much electricity you supplied to the power grid and how much you used from it.

3.      Finally, you may wish to combine both these methods, by using a solar panel, producing electricity, and charging your batteries if there is extra electricity, but when your batteries are full, you send the excess to the power grid and receive credits from them.

Here, you need both of the described devices from those two methods, so it is more complicated and expensive than each of the above separately.

As we already mentioned earlier, the second method of receiving electricity from the sun is through thermodynamic solar energy, which we became aware of with the development of technologies.

How Does Thermodynamic Solar Energy Work?

The whole construction of the thermodynamic solar system looks like the following:

As we pointed out earlier, humankind is trying to find new ways of receiving electricity, that also applies to solar-generated power, so now there is a possibility to install a combination of both PV and thermodynamic systems.

Moreover, with hybrid systems, it is possible to use not only solar power but other green energy resources, for example, wind, which made it possible to produce green energy even in those parts of the world where only solar energy cannot suffice the need of the population.

To sum up, there are three main ways to convert solar to electricity – photovoltaic, thermodynamic, and a combination of both.

Do you have other questions regarding converting solar energy into electricity?

Ask in the comments. 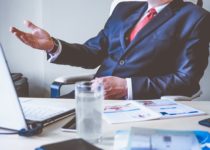 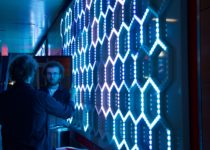 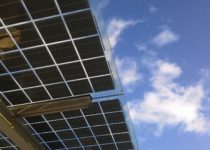