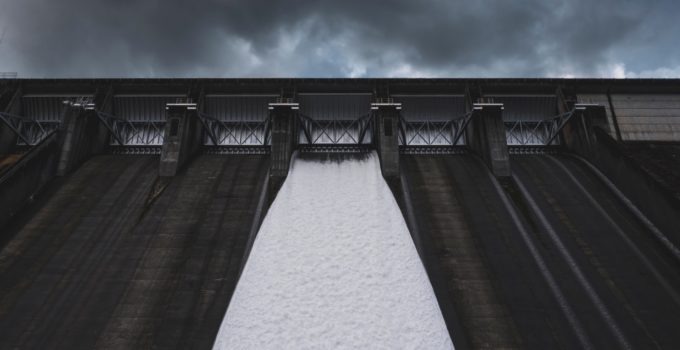 A big disadvantage that fossil fuels have compared to renewable energy resources such as solar and hydropower energy is that it takes millions of years to renew.

The decomposed materials of plants and animals that died millions of years ago are the base of chemical fuels that we mostly use today.

In other words, after they run out, it’ll take us hundreds of thousands of lifetimes before we can use fossil fuels from decaying animals and plants again.

When that time comes, we need alternative sources of energy to supply us with our energy needs.

And that’s where solar and hydropower energies come into play.

Solar and hydropower energies are two forms of renewable energies that have been around for a long time.

Both forms of energies have been dubbed to be able to one day replace the effectiveness of non-renewable energy resources.

Solar and hydropower technologies will always be around as long as water still flows in our planet, and the sun doesn’t go into a supernova state.

Both of these technologies have two things in common that non-renewable energy resources don’t possess: they are both environmentally friendlier than fossil fuels and, their resources will never be depleted.

Although solar and hydropower energies come with their own benefits over fossil fuels, these don’t come without some problems.

Even though solar and hydropower resources are essentially limitless, they are not always available.

In this article, we’re going to be talking about the pros and cons of solar and hydropower energies and how they compare for solving the world’s energy crisis.

Solar energy: What is it?

Solar energy is an important source of renewable technology that harnesses the radiant light and heat from the sun.

The idea of converting the sun’s energy to create electricity was first introduced in 1839, by a French scientist named Alexandre-Edmond Becquerel.

In the following years, many scientists followed his research and eventually came up with solar panels.

Solar panels convert the energy from the sun into electricity through a process called the photovoltaic effect.

Solar panels work best during the day when the sun’s ray and luminosity are at its highest.

Essentially, the solar panels have around 12-15 effective hours of operation, before the night comes, rendering them to go into a state that we call “sleep mode.”

Countries such as China, the United States, and Japan are three of the biggest countries that utilize the use of solar panels today.

At an astonishing amount of 130 gigawatts, China has the biggest solar energy capacity compared to the rest of the world.

Other countries have also followed suit in developing solar technologies to take advantage of the energy that our sun gives and are hoping that one day, a method to generate electricity using the sun’s energy for 24/7 could eventually be found.

The advantages of using solar energy

Not only does the lovely Sun provide us warmth and light throughout the day, but it can also help us generate electricity to our houses, buildings, or even solar-powered cars.

Here are some of the advantages of using solar energy for our everyday power needs.

One big major advantage that solar power has over fossil fuels is that it is pollution-free.

Meaning, not only that is solar power environmentally friendly; it helps lessen the effect of global warming, which is another major issue that humans are facing.

By reducing the amount of pollution that goes up into our atmosphere, the usage of solar power helps us preserve our ozone layer, which is becoming thinner and thinner by the day.

Not only that, the pollution from industrial areas that produce fossil fuels have been known to cause major illnesses such as bronchitis, lung cancer, and pneumonia for people living nearby.

Additionally, solar panels do not create any noise, which is another benefit of using it.

Most machinery and oil stations create a tremendous amount of noise that could cause problems for residents who live in the area.

Solar energy is renewable, sustainable, and reliable as long as the sky doesn’t turn dark.

The sun is able to provide us with solar power for us to generate electricity until the end of time.

Which is also a huge advantage that solar energy has over fossil fuels.

Solar panels could last for almost half of our average lifetimes.

We could keep solar panels standing where they are with virtually no maintenance at all.

Solar panels could be installed literally anywhere, in the middle of the desert, on top of your roofs at home, on top of buildings, the potential is endless.

Millions of people in the world live in remote areas where access to the electricity grid is scarce.

This means people living in rural areas with no other access to electricity could generate their own using solar panels.

The disadvantages of using solar energy

We have talked about the good things about solar energy, now let’s talk about the downside of using it.

An obvious disadvantage that solar energy has is it is useless at night.

When the sky doesn’t turn dark, solar panels turn into “sleep mode” and is therefore ineffective during the night.

This creates the need for making large batteries to store the energy that was made during the day.

Now, this is related to the point above because, at night, there’s not enough warmth from the sun in order to keep the solar panels running.

Although the sun is still present during the winter, there’s just not enough heat so that the solar panels could keep generating a substantial amount of electricity.

That means keeping solar panels running during the winter is almost like a waste of money on a technology that is expensive to develop in the first place.

Depending on the geographical location of the country, the size of solar panels has to vary.

Hydropower energy: What is it?

The second source of renewable energy that is going to be talked about in this article is Hydropower energy.

Hydropower technology captures the flow of water and in turn, converts it into electricity.

The most common form of water to electricity conversion technology is by using a dam on a river to hoard water in a reservoir.

The water that’s stored in the reservoir is then released in order to spin turbines to create electricity.

Countries with ample supply of flowing water such as China, Brazil, Canada, and the United States utilize Hydropower technology to create billions of kilowatt-hours of electricity each year.

The three Gorges Dam in China,  Guri Dam which is located in Venezuela and the Itaipu Dam located on the Brazil-Paraguay border are three of the most common examples of hydroelectric producing dams.

Let’s take a closer look at the advantages and disadvantages of Hydropower energy as a renewable source of energy for our future.

The advantages of using hydropower energy

Using the flow of water to generate electricity comes with its own set of advantages.

Here are some examples of the advantages of utilizing hydropower energy.

This reduces the emission of greenhouse gases released to our atmosphere and therefore preserving our planet that is in danger of global warming.

Supply of water in this world is limitless, which means we can essentially take advantage of using hydropower energy forever.

The world will be in dire need of a reliable and renewable source of energy once the supply of fossil fuels run out, making hydropower energy the possible go-to source of energy in the future.

In addition to generating a large amount of electricity for many countries, hydropower producing dams create reservoirs that may be a good place to perform recreational activities such as fishing and swimming.

The creation of reservoirs can also help reduce flood in the lower parts of the land below the dams, which is a big benefit for areas that are prone to floods.

Not all countries in this world can generate a good amount of fossil fuels on their own.

The price of fossil fuels could fluctuate, depending on the situation of the current market.

Water, on the other hand, is a domestic resource that can guarantee an ever-flowing production of electricity and is, therefore, not subject to market fluctuations.

The disadvantages of hydropower energy

Although hydropower energy comes with many benefits, it doesn’t come without a cost.

Below are some examples of the disadvantages of using hydropower energy:

It takes a large sum of money, even to build a small dam.

And we’re not talking about just a few millions, but billions of dollars to create just one dam.

Additionally, it also takes many years to create a dam because even the small dams are gigantic in terms of size.

Similar to solar energy that’s basically useless at night, hydropower energy relies on the availability of water in order to generate electricity.

So, no water, no electricity.

Countries that have own large amounts of flowing water in their inland are perfect candidates to build dams, not so much about countries where droughts are frequent.

Dams separate water from the highlands and store them in a reservoir below it.

This could cause problems for the natural food chain of the river that was otherwise not disrupted before the presence of the dam.

For example, the creation of dams could eliminate some species from the higher or level lower of the food chains.

Which means, there could be an overpopulation in one level of the food chain and under population on the other.

Dams could implicitly disturb the natural order in the river that it is built-in.

How solar and hydropower energy compare to solve our energy crisis

So we’ve talked about the pros and cons of solar and hydropower energy.

Let’s talk about how they compare when it comes to solving our future imminent energy crisis.

We can all agree that both solar and hydropower energy create little to no pollution, but when it comes to reliability, hydropower energy definitely edges solar energy because of its availability throughout the day and night.

In terms of mobility, though, solar energy beats hydropower energy because they can be literally built anywhere.

Dams need to be created in a river where flowing water is present while solar panels could be installed in the middle of a Saharan desert, at your home, office, the possibility is just endless.

In terms of cost, some countries might argue that utilizing hydropower energy is more cost-efficient than using solar energy.

While at the same time, other countries might also argue that solar panels are cheaper to build and generate a larger amount of electricity compared to that of hydroelectric producing dams.

For now, fossil fuel is still the most reliable source of energy in terms of the amount of energy that it could produce and its availability throughout the world.

But, when the day comes that fossil fuel finally runs out, there will be a strong need to decide whether solar or hydropower energy is the most effective form of energy in the future.

Not only that, there are many different sources of renewable sources of energy out there that are not mentioned in this article.

Such as wind power that collects the gust of wind and turns it into electricity by spinning wind turbines.

Geothermal energy, which uses the thermal energy underneath the earth’s crust to generate power and electricity.

And bioenergy that converts the biological material of recently living organisms to make fuels.

These other forms of renewable sources of energy should not be overlooked, as they have also been proven to be effective ways to generate power and electricity in our everyday lives. 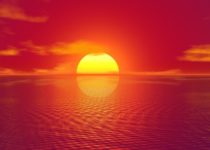 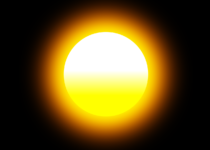 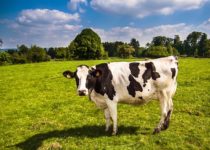