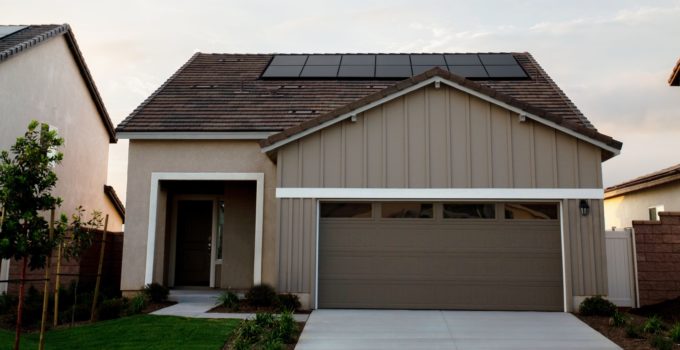 In the last few years’ solar energy has come up as one of the most cost-effective sources of energy.

It is a limitless and renewable energy source that has been used as an ecological way to produce energy for our daily uses.

The source of solar energy is the rays, generated by the sun.

Solar energy can be used when the electromagnetic radiations of the sun’s rays is absorbed by solar panel.

Solar panels have solar cells that react with sun rays to generate electricity, which is used to power our home and other places.

Many Americans are switching to solar because of the cost of using solar to produce electricity going down each year, Now, there are more than a million solar installations in the country.

Solar energy is becoming one of the most popular alternative energy in the U.S.A due to the incredible benefits that come with delivering clean solar energy.

Many of us think that the installation of solar power is expensive or not affordable.

And we also think that only the wealthy can afford such luxury.

But many people don’t realize the amount of money you save on that wise investment of solar energy.

Most of us don’t necessarily have the cash on hand to pay out of pocket either, but there are several energy-friendly banks, they offer great deals on loans for investment that does good for our planet.

House owners who install solar panels in the x§rooftop can benefit by saving thousands of dollars on their electricity bills, increasing the value of their houses and stabilizing their energy costs –  all while combating global climate change.

In short, the financial benefits of solar power range from immediate reductions in the out-of-pocket costs, to long-term programs designed to provide a steady income for decades.

Below are some of the benefits of switching to solar electricity at commercial and residential levels:

An average residential system in New Jersey will produce approximately 8,400 kWh every year.

And that doesn’t count the income that could be generated by SREC’s on top of that!

Your local utility rates are probably higher than you’d like. Unfortunately, saving money by turning off the lights and easing back the AC may only go so far.

Saving money on your energy bills is obviously great, but that is not the only financial benefit that you will enjoy by installing solar panels on your roof. Solar energy also provides homeowners with long-term stability and reliability with regard to residential electricity prices.

The sun provides us with an infinite amount of energy that can be harnessed to power our homes.

As a result, homeowners who install solar panels can stabilize their energy costs while those relying on the traditional sources of electricity will continue to be subject to volatile and unpredictable energy prices.

The cost of electricity which has been increasing every year for electric and gas-powered homes and industries can be saved by installing solar panels.

Check with your solar panel provider to see if solar energy would be a good solution to energy bills for your area, home, or business before investing.

When you decide to install a home solar system and a battery, you can better control your average electricity costs over a year.

Households with the highest electricity rates from their local utilities are the ones who stand to save the most when they convert to power from the sun.

Whether a solar system is paid for entirely up front, financed over time, or a hybrid of each, the long term cost is significantly less than the typical electrical bill. This is especially true in areas where the utility company charges a high kw/hour rate.

Additionally, once any financed portion is paid in full, then you essentially get power for free with no monthly payments.

Multiple studies have found that installing solar panels on a home can increase the value of the home.

A study conducted by the Lawrence Berkeley National Laboratory found homebuyers are willing to pay a premium of $15,000 for homes with an average-sized solar power system.

Combined with the 30 percent tax credit, the affordable cost of electricity and the fact that panels can provide return on investment equaling roughly half the cost of an average installation, solar practically pays for itself.

Solar panels are viewed as upgrades, like a renovated kitchen or a finished basement, so purchasing a solar energy system will likely increase your home’s value.

Although market factors like electricity rates and system size may impact the size of the premium, solar homes can sell for more than homes without PV.

While the market penetration of residential solar energy systems is still very small, it is most certainly growing…and at a very quick pace.

As the market continues to adopt solar, home buyers increasingly look for properties that have solar systems, because of the many benefits listed previously. Depending on the area that you live, you can receive up to $20,000 in property value for every $1,000 reduced in operating costs annually.

Whatever your reasons for considering solar for your home or business, you can be assured that there are some significant financial incentives for installing a home energy system that is more reliable, sustainable and more efficient than the standard electrical grid.

It is well-known how important solar energy is to the effort in reducing our carbon footprint America and becoming a more energy-independent nation.

As a result, the US government has created many financial incentives for individuals and families considering solar panels for their homes in America.

Some of the solar incentives that you may qualify for include:

In some areas, as much as 90% of the cost of a residential solar power system can be offset with these rebates and tax credits.

The solar resource of the United States is enormous.

In fact, just one hour of the noontime summer sun is equal to the annual U.S. electricity demand.
Most states in the United States have good-to-excellent solar resources.

Even places with relatively low solar resources, such as the Pacific Northwest and Alaska, can experience cost savings and have similar solar resources to countries that have widely developed solar PV, like Germany.

Each kilowatt-hour (kWh) of solar that is generated will substantially reduce greenhouse gas emissions like CO2, as well as other dangerous pollutants such as sulfur oxides, nitrogen oxides, and particulate matter.  Solar also reduces water consumption and withdrawal.

For states with TOU rates, going solar with a home battery allows you to run your appliances when you want, not when electric companies tell you to. Since TOU rates are charged during peak hours, after work and during dinner, they can lead to a higher electricity bill. That’s utility surge pricing. If you can use energy in the morning or during the day, you’ll probably pay less.

We often need to power up our homes when it’s convenient for us. With solar and a home battery, you are in control.

Excess energy is stored in your home battery and you can use it when you need it the most.

Net Energy Metering (NEM) can work for you:

Net Energy Metering allows customers who generate their own electricity from solar panels to sell the excess electricity generated back to the grid.
However, not all states have NEM policies, and these policies vary by state. A reputable solar company can explain the NEM in your location.

Federal and state incentives are available for going solar:

Currently, you can deduct 30% of the cost of your purchased home solar system from your federal income taxes. Many state and local governments that offer property and sales tax exemptions, too. Cash rebates can also help you reduce your costs by about 10% to 20%. Find out more about federal and state incentives.

Renewable energy helps others in times of need:

We need energy to live our daily lives, but we also need energy to help those less fortunate. People all over the world are using solar energy to push through power outages caused by storms and other natural disasters that can lead to loss of life and property.

Events like floods, wildfires, hurricanes, rising sea levels and hunger related to environmental damage have caused devastation around the world.

The costs associated with climate change are growing and include rising health care costs, destruction of property, increased food prices and more.

Wide scale adoption of solar and other renewable energy must continue so we can address the negative societal and economic impacts of dirty fossil fuels.

We all need clean air for survival. But ground-level ozone and other pollutants from cars, power plants, industrial boilers, refineries and chemical plants can kill. The damage extends to crops, trees and other vegetation, and the toll on human life is significant.

Pollution is so bad in some parts of the world that people are instructed to stay indoors. The Environmental Defense Fund states that pollution is responsible for the deaths of 6.4 million people per year.

In contrast, solar energy supports a planet that is clean and green. By eliminating harmful toxic emissions from fossil fuels, solar lets us breathe easier and provide healthy air for future generations.

When your community is gainfully employed, everybody benefits. The U.S. solar workforce increased 168% in the past seven years. In 2010, the industry hired 93,000 people.
In 2018, the number of solar jobs increased to over 242,000, and further growth is expected. The best thing? These solar jobs cannot be outsourced so they are a significant contributor to our economy.

The price of sunlight is zero:

The sun is a renewable resource. Unlike fossil fuels, sunlight is never going away. You can count on it every day.

Coal and natural gas are not free, and they are expensive and dirty. Their price is volatile too and has increased systematically over the past decade. But there is no fuel cost for sunlight.

With Sunrun’s residential solar, you will know your annual energy expenses for at least the next two decades.

The good news is that an electric vehicle can be powered by your residential solar system. You can use clean power from the sun to fuel your car, and run your home.

The switch from fossil fuels to solar energy contributes to healthy communities and a healthy planet.

The majority of residential electricity in America is currently being sourced from fossil fuels, such as coal and natural gas. These fossil fuels have been shown to be very harmful to the environment when burned to generate electricity and are widely considered to be the leading cause of global climate change.

By installing solar panels on the roof of your home you can help to combat greenhouse gases while reducing America’s dependence on fossil fuels.

In fact, the average residential solar PV system reduces about 100,000 lbs. of carbon dioxide over a period of 20 years.

Provides strength to the local economy:

Solar panels don’t just give personal savings, but community savings as well. People waste money by using traditional sources of energy, but it is renewable and inexhaustible source of energy.

Solar farms are an example of panels being used to harness energy on a wide scale, which can help agriculture efforts. It also opens new jobs for installers, designers, and manufacturers and allows for people other than large electric and gas companies to succeed in the business of energy.

Solar energy saves two types of green, the environment and your money. Although the initial investment can be high, the long term savings for your wallet and the environment easily trump initial fees.

For every 1,000 kWh of power your system produces, you will earn a Renewable Energy Credit often referred to as an SREC or an AEC.

These credits are accumulated over time and can be sold on a state market according to a fluctuating value based on supply and demand. In other words, you can receive extra income by selling these credits, and this is an added financial incentive to consider.

We hope you’ve enjoyed this article on the 10 Best Solar Panel Financial Benefits. 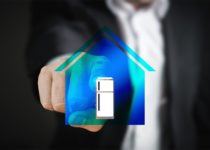 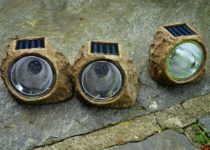 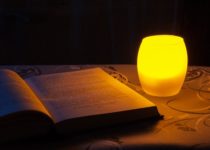