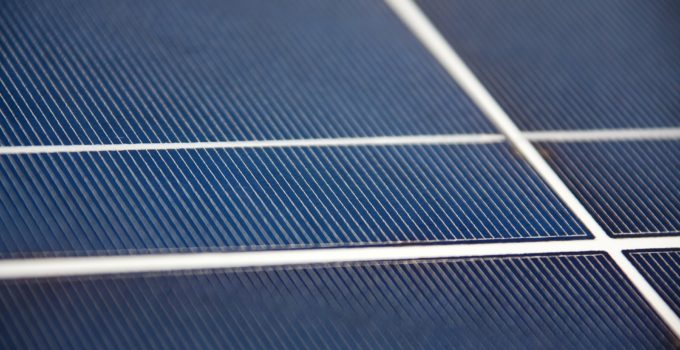 As the quality of materials used in the production of solar cells has a crucial role in their performance, we will pay attention to what material is used for making solar cells.

With technological and industrial growth, the demand for energy in modern society is increasing.

Likewise, with the depletion of fossil fuels, we are looking for environmentally-friendly alternative energy sources.

Currently, solar cell technology is the leading alternative source of energy that continues to grow.

Undoubtedly, solar panels and solar farms will become quite common when the cost of their installation becomes comparable with other energy sources.

Nonetheless, although photovoltaic panels are not a new invention, the technology continues to evolve and grow.

Thus, it’s interesting to see which materials are used in making solar cells.

What Is a Basic Solar Cell?

Solar power has a variety of advantages or disadvantages based on the materials of which solar cells are made.

What do basic solar cells consist of?

Thin slices of silicon with doping materials applied to the top and bottom make one side an n-type and one side a p-type semiconductor.

There is an in-between material that is balanced with just enough electrons in the outer shell to separate the n-type material from the p-type material.

The n-type material will have an available electron in its outer shell and the p-type will have one less.

When solar radiation hits a surface, it excites electrons and causes them to move around a bit.

If the surface is white, it will reflect the light, and not much will happen to the material.

But if the surface is black, it can absorb the entire spectrum of light, and the surface gets hot, but that’s about all that happens.

If the material is a semiconductor where one side has excess electrons and nearby there is an area where there are few electrons, the electrons will want to move in that direction.

If a wire is connected from the positive side back to the negative side, the circuit is complete, and the electrons can flow back and continue around the circuit.

When that happens, we have electricity!

The sun is pushing the electrons continually through the circuit like a pump pushes water through a pipe.

The Evolution of Solar Cell Materials

The actual discovery of the photovoltaic effect goes back much further to a French physicist Edmond Becquerel who discovered it in 1839.

Of course, the evolution of the solar cell took more effort than that. In the timeline of solar cell materials, in 1873, Willoughby Smith, an English electrical engineer, discovered that selenium could function as a photoconductor.

Later Williams Adams and Richard Day proved in an experiment that a solid material could be used to create the photovoltaic effect and generate electricity without heat or moving parts.

Selenium solar cells were not that efficient.

It took Albert Einstein’s paper in 1905 to explain how the photovoltaic effect worked.

A silicon solar cell has become commonly used in the production of solar panels today.

However, it’s not necessarily the best for many applications: a silicon solar cell is fragile, heavy, big, bulky, expensive, unattractive, takes considerable resources to manufacture, and needs large areas to deploy.

What Are the Different Solar Cell Materials Used in Creating Solar Panels?

Currently, there are two types of crystalline silicon cells: monocrystalline and polycrystalline cells.

The monocrystalline refers to one single (and huge) silicon crystal cut into thin slices.

The silicon is processed until it’s pure to within one part per billion.

The process generally includes heating and slowly cooling it to vaporize and expel the contaminants.

Heating pure silicon to just above the melting point, a seed rod is lowered into the molten silicon and slowly rotated while extracted.

The 2-minute video starts with an animation of the process and then a movie clip of the crystal forming, and finally cutting the crystal into thin slices.

Watch this 4-minute video for more detail about the Silicon Wafer Production from www.microchemicals.eu.

Doping material is added to each side of the wafer to make one side n-type and the other p-type.

Painting a series of thin silver strips to the n-type side and adding an aluminum conductive sheet or substrate to the p-type side completes the cell.

A glass or other transparent material covers the sun-side of the cells (n-type), and cabling and connectors complete the circuit.

The cells in this panel are almost black.

Monocrystalline Solar Panels are prevalent in the marketplace.

They’re high on the scale of efficiency, but the cost is high too.

The single crystal is expensive to make and starts as round disks.

The wafers need to be cut several times to make them rectangular for more effective use of the panel area to get the best efficiency per panel.

That creates a lot of waste material and costs a lot to manufacture.

What Are Polycrystalline Solar Panels?

Making Polycrystalline Solar Panels is similar except the silicon is purified, then poured into large ingots and cut to size without going through as much process and without producing as much scrap.

These panels are blue, and the crystalline silicon cells formation is uniform but uses many smaller crystals.

If you would like to see the whole process of manufacturing the polycrystalline panels, watch this 13-minute video Solar Modular Manufacturing from GP Solar.

What Are Amorphous Silicon Solar Panels?

It belongs in the class of Thin-Film technologies, which I will address later.

The thin-film solar cell can be mass-produced directly onto a sheet of plastic 1000 feet long.

The back-metal contact is applied first, followed by about six layers of solar cell materials, including amorphous silicon and semiconductor silicon making the actual cell.

That is essentially one substantial 1000-foot solar cell.

The long sheets are then processed to make individual cells and built back up into various sized panels based on the need of the product.

These panels have a wider variety of applications than do the mono and polycrystalline panels.

The manufacturing process is much simpler, so the costs are much lower.

What is Cadmium Telluride (CdTe)?

Next on the scene in thin-film technologies were the cadmium telluride solar cells introducing new materials for solar cells.

One method uses a glass substrate for the bottom layer, a transparent conductive layer, and a layer of cadmium sulfide to create the n-type semiconductor, and another layer of cadmium telluride to form the p-type layer.

The rest of the cell’s process uses the same technology as mentioned earlier.

The manufacturing cost is lower.

Still, they introduce new challenges to the process.

Cadmium is a very toxic but plentiful element.

There are environmental concerns, but it appears there are steps in place to make the manufacturing process safe.

The solar panels typically have a shorter lifespan, and recycling both the cadmium and the telluride is essential.

Will owners of cadmium telluride panels properly recycle their solar panels at the end of product life?

Next on the scene are Copper Indium Gallium Selenide solar cells.

Referred to as the CIGS solar cells, they introduce even more new solar cell materials.

Some applications eliminate the CdS layer for a cadmium-free finished product.

While CIGS is currently one of the most efficient thin-film solar cells on the market (22.9% efficiency in the lab), the cost of production and price to the end-user is high.

What Are Organic Photovoltaic – OPVs?

OPVs are a class of organic solar cells in semiconductors used in photovoltaic cells.

This type of cell introduces new materials for solar cells with the introduction of organic polymers.

That’s not to say that little organisms live in the OPV cells that convert sunlight to electricity.

What it means is that organic polymers are made up of chemically organic elements, typically, carbon, hydrogen, oxygen, nitrogen, halogens, and sometimes sulfur and phosphorus.

Organic polymers make up the semiconductor between two metal electrodes (usually a transparent indium tin oxide (ITO) and an alloy of aluminum-magnesium and calcium) for new solar cell materials.

OPVs have many uses because there are many absorbers or organic polymer semiconductors available for use, as well as their flexibility and relatively low cost to produce.

On the efficiency issue, Science Magazine recently published an article that indicated a team in China produced OPVs using a tandem design method that provided an efficiency of 17.3% efficiency.

OPVs are beginning to look better because of this.

To see more about the use of OPVs, see this 5-minute video on Organic Solar Cells.

What Is the Perovskite Solar Cell?

Manufacturers print the solar cells using ink materials for low-cost production, and the material will absorb the complete visible spectrum of light.

Efficiencies are high, and costs are low.

The perovskite semiconducting material is typically a methylammonium lead trihalide (CH3NH3PbBr3). Manufacturers often substitute with either iodine or chlorine for bromine.

The architecture is relatively simple.

If you would like to dive deeper into photovoltaic technologies, you to take a look at these free online courses by Mark Lundstrom of Purdue.

What Are Other Solar Cell Technologies?

Other cell types do not introduce new solar cells materials but use different ways to deploy the same kind of solar cells with higher efficiencies or lower overall costs.

You can see the latest solar technologies tested in their lab.

The four-junction semiconductor device with a concentrator is highest on their chart and likely to stay there.

Multiple silicon-based solar cells are combined and tuned to a range of wavelengths of light to allow better use of the full spectrum of light.

A concentrator, which can be as simple as a magnifying glass or mirror, concentrates the light on the target of the solar cell.

A cell of this type is far too expensive for most people to use on their rooftops.

Still, it has made it into space technologies where efficiency is essential to mission success.

Other exciting technologies on the horizon include Solar Cell Fabric and tandem perovskite cells.

If you’re interested in the benefits of using solar, check out the Benefits of Using Direct Solar Energy and Reasons to Choose Solar Energy on solarpowernerd.com.

It’s becoming hard to distinguish what is a fully functional solar energy work of art and what is not.

In this article, we have explained what material is used for making solar cells.

Solar cells materials and technology are the cornerstones of the growth in the development of new and better solar power sources.

Limiting the materials to a few useful semiconductors centered around silicon and the doping agents boron and phosphorus at the beginning of photovoltaic power development, seemed natural.

Still, thanks to the development of polymers and exploring other options, the number of useful elements has skyrocketed to a substantial portion of the periodic table of elements. 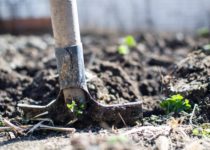