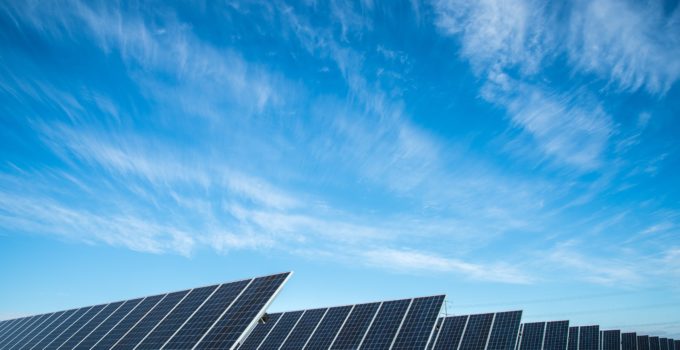 Why do solar panels face south?

A fundamental fact we all know is that the sun rises in the east and sets toward the west.

This fact was further emphasized by the 1991 Disney film Beauty and the Beast when Céline Dion and Peabo Bryson sang the lines, “Certain as the sun/Rising in the east.”

As fun and simple as that fact sounds, that’s not 100 percent true.

But why is this important, especially when you want to position solar panels for your home or business?

People, especially homeowners who are keen on saving, are quick to think twice when it comes to solar panels.

Isn’t the point of installing a solar panel to make your life easier and cheaper?

Why can’t you just buy one outright from your nearest big box store, plop it down anywhere, and call it a day?

If research is to be believed, there’s a lot more than just letting the solar panels stay under the sun.

Let’s explain why south-facing solar panels are the best option for your solar system.

Additionally, we will also look into other important notes when it comes to buying solar panels.

1. Why Is the Direction of Solar Panels Important?

To answer this vital question, let’s refer to the explanation of Michael Nickerson:

“The sun moves in the sky from east to west each day, but it isn’t straight overhead unless you’re on the equator.

It has a southern offset, especially in the winter, when the sun is lower in the sky.”

That’s why the solar panel direction is important and why solar panels installed to face west aren’t a good idea.

As stated above, the sun doesn’t travel in a straight line as the day progresses, as one would assume.

To better visualize this, there are many time-lapse videos available online where the sun arches as it moves across the land.

In those videos, we can see that the sun moves at a slight arch.

Solar panels facing south produce the most power during midday when electricity consumption is usually at its lowest.

At that time of the day, solar production will bring lots of surplus power that you can export to the grid in return for bill credits equal to the full retail value.

2. Does The Angle of a Solar Panel Matter?

However, as important as the direction of the solar panels is, that isn’t the only factor.

We also have to consider the tilt angle!

There is some math involved when it comes to solar panel installation.

This article from Energy Education explains that:

“The angle that a solar panel should be set at to produce the most energy in a given year is determined by the geographical latitude.”

Sarajana Amin and the other authors of the article explained how to maximize your solar panel power output.

They have also dictated several examples of how one could calculate the angle needed to tilt their panels.

This is also important as it can help prevent soiling from your hardware (more on this later.)

However, if math isn’t your strong suit, the solar panel technicians may install them for you with no hassle on your part.

Some of them may charge an installation fee.

But, I don’t mind paying a few extra bucks for convenience.

3. Why Should I Use Solar Power?

When it comes to alternative means of electricity consumption, many people are quick to shun solar power.

They often correlate this method to science fiction novels and the need for a mental capacity of a NASA engineer.

As intimidating as it sounds, there isn’t much to worry about solar technology.

There are many benefits of switching to solar panels.

Our article “10 Reasons To Choose Solar Energy & The Benefits” is a good read.

It tells us why we should use solar energy and how we can benefit from this technology.

Everyone has their reasons for using solar panels.

For me, I would like to reduce my carbon footprint and save a few bucks each month.

4. How Much Does Solar Power (the Installation of Solar Panels) Cost?

It’s not a secret that solar panels aren’t cheap, and it’s the main reason why people never really buy them the first chance they get.

The intimidation is also understandable as several companies offer personal or home-use solar panels for as much as $25,000 a set.

It’s expensive; however, I’d like to think that if you can afford to buy the new iPhone, luxury brand clothes, and trendy food, then it’s safe to assume that you can make a little sacrifice to make your life more comfortable in the future.

Additionally, spending that much money on an appliance that will save you money is a good investment.

If you’re serious or would like some substantial numbers, Solar Power Authority has a useful online calculator that allows you to calculate the cost by inputting your recent electric bill last month, kWh per day, and other data to make an educated guess.

5. Are There Different Types Of Solar Panels?

There are at least three main types of solar panels.

These various types of solar panels have different appearances, price points, uses, as well as their advantages and disadvantages.

Monocrystalline silicon is created from a single and pure crystal of silicon.

The pureness of the material is the reason why monocrystalline silicon performs efficiently.

It also doesn’t hurt that the overall look of monocrystalline silicon is aesthetically pleasing.

You get fragmented shards of silicon crystals and melt them into one big sheet.

Check out Energy Sage to find out more about the different types of solar panels.

It’s also worth recording that current technologies are developing a solar cell fabric that allows curtains, awnings, tents, and even our clothes can harness the power of the sun.

However, this technology is still in its infant stages and will need more research.

Related: What Is Solar Fabric And How Does It Work?

6. Can Anyone Use Solar Power Technology?

That’s both a yes and a no, and let me explain why.

According to current results, if you live in a sunny area like Arizona, where it’s an average of 193 bright sunny days a year, it’s feasible to build a solar panel system if you want to harness the sun’s energy.

Arizonians can rejoice as their deadly heat is beneficial, for once.

But for people who live in states like Vermont or West Virginia, where it’s an average of 58 bright sunny days a year, that’s a different story.

It might be a bit difficult, but not at all impossible as long as there is a bit of sunshine.

The benefits may not be as much as the sunnier states, but as long as you’re using it as a supplementary source and not the primary source for electricity, then you’ll be just fine.

7. How Many Solar Panels Do I Need For My House?

Much like other appliances, you can’t just go to the nearest hardware store and buy solar panels (at least as far as I know.)

Another reason is that not a lot of solar panel companies have a physical store as they deem it unnecessary.

Even if they do have a physical store, they won’t sell you their products right away.

The solar panel companies need to know your area, recent electricity bill, how much you’re paying per watt, the size of your home, and other vital questions.

Even if you go without their assistance, what if you go and buy a solar panel that does not fit your needs?

What if your local governing area has strict laws regarding the setting up of solar panels?

There’s no need to worry about a consultation fee as a large majority of companies nowadays have free consultations.

If they do have a consultation fee, much like other businesses, they’re legally obligated to disclose that information otherwise legal action will be taken.

But if you prefer to read a more in-depth guide, check out Solar Power Nerd’s article on how many solar panels you need to run a small house to get you started.

Related: How Many Solar Panels Are Needed To Run A House

8. How Is Solar Energy Collected?

As we burn more fossil fuels each passing day, the idea of using the nearly infinite amount of energy produced by the sun was just a pipe dream for the unwashed masses.

However, that dream is now a reality that almost anyone can enjoy around the world.

Scientists and engineers have long tinkered to the point of perfection.

But like all good things, there will always be naysayers who think the devil of harnessing the sun’s natural energy.

I agree that this all seems like wizardry to me, but NW Wind & Solar aptly explains that:

“Solar panels, also known as modules, contain photovoltaic cells made from silicon that transform incoming sunlight into electricity rather than heat.

It’s a simple concept that modern technology has made into a reality.

As demonstrated above, scientists and engineers aren’t stopping this technological wonder in an attempt to advance humankind, and that isn’t always a bad thing.

9. What Are The Impacts of Solar Power?

Owning a solar panel system is a wise decision financially, but what about its impact on the environment?

The concern is understandable, but since the purpose of solar units is to lessen our carbon footprint, there isn’t a concern.

But at a glance, we all know that solar energy has a good effect on the environment, but I’ll expound on a few of its good qualities.

Solar energy generates through a physical process that does not release harmful substances; therefore, it makes an excellent renewable source.

Since solar panels are made of silicone, people might think the materials are toxic, but silicone doesn’t necessarily harm the soil.

Maintenance and cleanliness aren’t also an issue as the cleaning is just pure, washing it with water with no soap.

The only difference is that the battery packs are renewable and not disposable.

Resource: Why is Solar Power Good For The Environment?

10. Is Owning A Solar Power Unit Worth It?

As one could tell, the benefits of solar energy outweigh the risks.

The only two realistic and concerning downsides to owning a solar mounting system are the one-time cost and the night or overcast weather.

If you’re worried about the costs of the installation of solar panels, many companies offer installments plans that fit your lifestyle, needs, and budget.

As for the weather and the evenings, there isn’t much we can do against Mother Nature.

Overcast weather isn’t necessarily a problem if you live in a sunny area.

Nothing is perfect, and the fact that there are only two disadvantages to solar energy is pretty good.

An article from Green Match expertly explains the benefits in its entirety.

When I first heard of solar panels, I found it unbelievable that these technologically advanced silicone tiles seem to magically convert sunlight to direct current electricity.

So, if you plan to install solar panels, you can see that solar panel orientation and solar panel placement affect energy production.

The right position and the right tilt angle will influence the total energy production of your solar system.

So, make sure that your rooftop solar system faces south.

Even better, solar installations on a south-facing roof will greatly help your energy production.

Solar panels facing south produce the most power during midday when electricity consumption is usually at its lowest.

At that time of the day, your solar energy system will produce lots of surplus power that you can export to the grid in return for bill credits equal to the full retail value.

If you have anything you’d like to add about south-facing solar panels, let us know in the comments below! 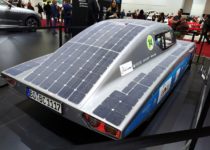 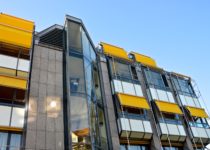 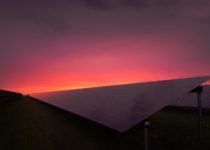